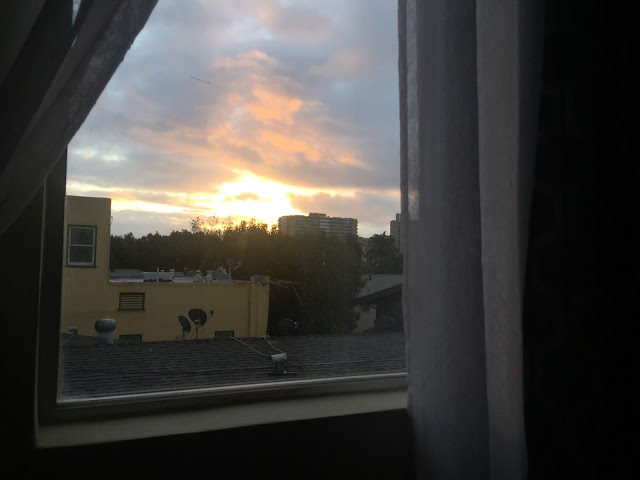 Despite waking up indoors without a plan to ride anywhere new today, I still woke up with the sun around 6:00am.  I moved around a bit on the air mattress but it didn’t take long for me to jump right into my usual routine: oats, coffee, and stretching.  It’s honestly the best way to wake up.  Catherine woke up after 8:00 like a normal person and didn’t linger long before heading to her studio in LA.  I had my own agenda: Donuts.  The rain from yesterday disappeared last night but came back this morning, sometimes barely misting and others, a steady stream. 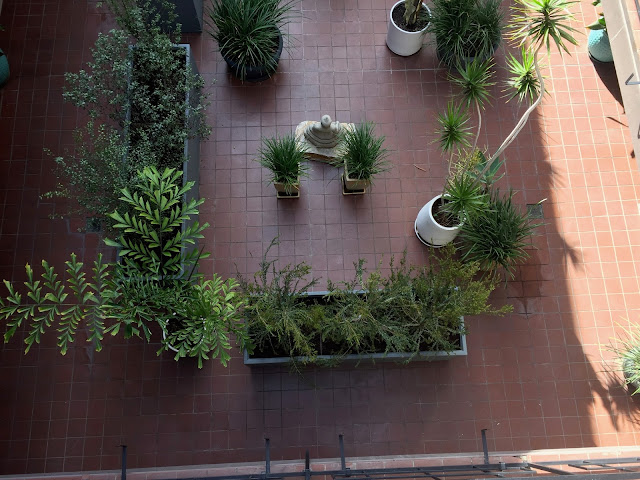 I watched this all through the window of the top floor apartment, wasting time until noon when it stopped for good, and then I left.  I took Clementine with me to the train about a mile away and rode the rails to the other end, nearly 25 miles, another major detour for the sake of donuts but, what else do I have to do?  I’m just a slug in a garden, any one plant would suit me well for quite a while but, might as well venture out and see what other stuff tastes like.  So I got a pizza while I was in Echo Park as well.  I got back on the train after dark after many failed attempts at asking strangers for bud. 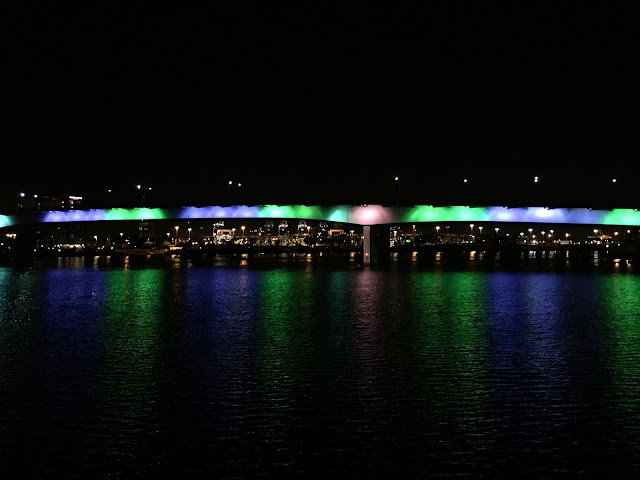 I didn’t take the train all 25 miles back to Catherine’s; I got off somewhere 10 miles or so from her apartment.  The LA river bike path was a straight shot South to the beach which is why I decided to make the ride on the pitch black path.  The recent rain filled the usually dry riverbed so the lights from cars and buildings twinkled and swayed in the water.  There was no need to rush back, it was still early despite being dark.  I eventually made it back, walked Clementine through the courtyard, the sound of the fountain gently trickling amidst the calm potted palms and cacti, the little oasis where a stone statue of Buddha sits, meditating. 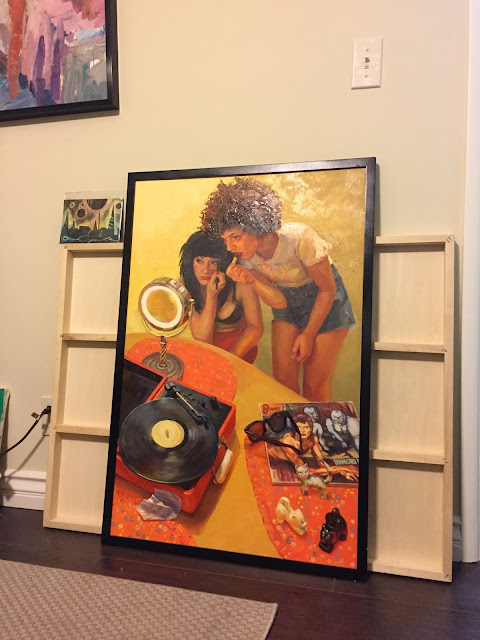 Catherine and I had a nice, relaxing night, her friend Kayla came by to cut her hair; she modeled for one of Catherine’s paintings where Kayla and another girl are doing their make up in the mirror while a turntable is spinning a David Bowie record.  It’s a gorgeous piece, so many oranges and yellows, it has a warm glow like a fond memory seen clearly with closed eyes.  I like nights like this, blurry and dimly lit in my mind.  We ended up in Kayla’s backyard when we dropped her off; she smoked a cigarette and I smoked a bowl of the weed she was able to find me.  Her landlord has dozens or maybe a hundred potted succulents in the small yard, red and white Christmas lights hang around the space and the muffled sound of the TV puffed out of the cracked window like an audible smoke while we talked low, not wanting to disturb her landlord. 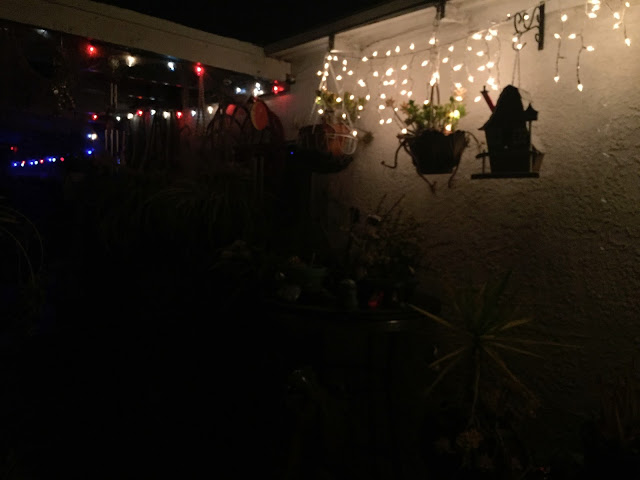 Leftover donuts await us tomorrow, then I’ll ride off to the next stop.  I’m running out of road in California and I don’t plan on crossing into Mexico til January.  The month of December, I’ll be in Mexico Limbo, killing more time, putting more days in the books with blurry edges, oddly lit.