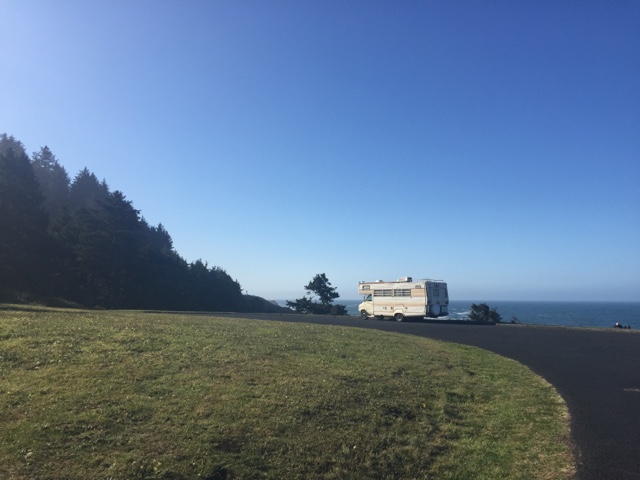 A hot cup of tea after a warm meal is a new thing for me; I did not have any cookware the entire time it took me to get across the country.  My life on the bike has improved supremely since leaving Portland.  Yesterday I made noodles for lunch right on the shore, winds constantly blowing, I felt like the man who invented fire.  We didn't get on the road til 11:00 this morning.  Julie and I, that is.  She's from Boston, riding from Seattle to San Fran and somehow we found each other out here. 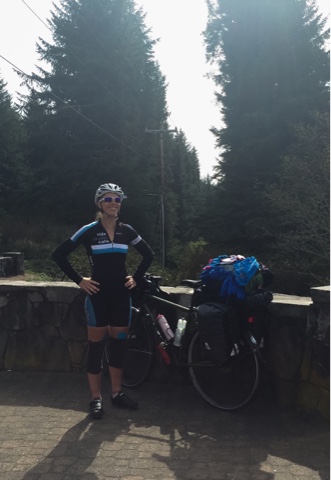 We met yesterday briefly on the road; her and another couple came up behind me while I was shedding some layers on the side of the road.  The other couple, two young Brits that got hitched less than a month ago and are traveling on bike around a handful of countries for their honeymoon.  The four of us didn't ride together too long, we were in a hilly area along the shore, a situation where everyone goes at their own pace. 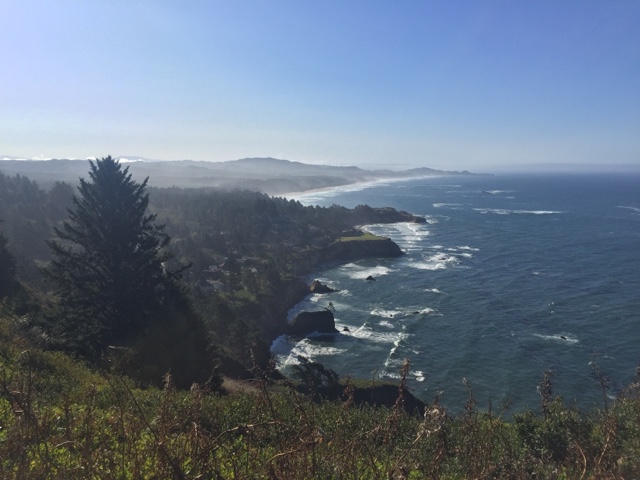 And with as many scenic viewpoints to peer out into the bright white distance, it wasn't a quick ride for any of us.  But, we all met back up at the same campground, Honeyman State Park, where a bunch of older doods were already set up and handing around a flask of whiskey. 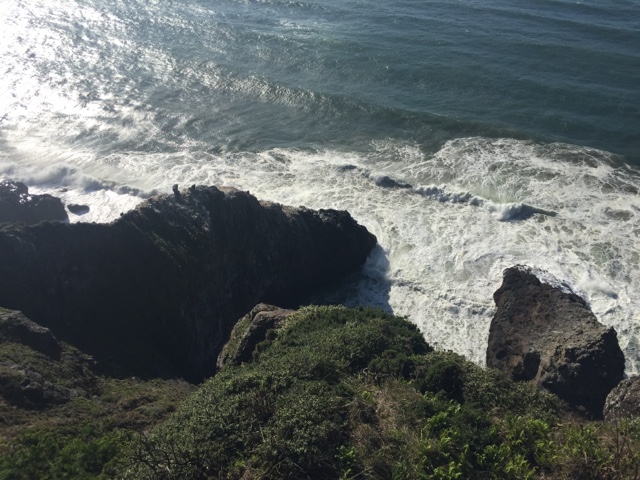 I had met one of them, Erik, at Cape Lookout State Park a couple days ago.  He takes interested folks out on bike tours as part of his job.  Where do I apply?  So 7 of us cyclists were gathered in this hiker/biker site with the ultimate hippie, Stephen, that has been traveling since '67, so he says, and has been wandering back and forth to and from different state parks with hundreds of pages he's written about all his life experiences on all the different planes of reality he exists in. 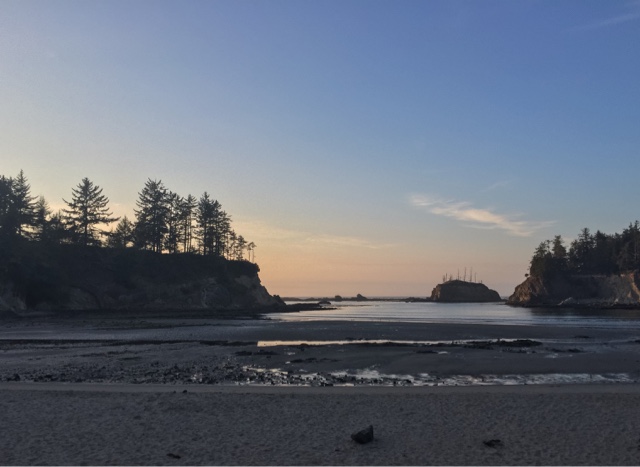 But only Julie and I left the campground the following morning, everyone else had plans to stay another night, even Stephen.  It's hard to pinpoint anything specific about my journey down the coast thus far.  The weather has been beautiful and the scenery takes my breath away constantly.  It's hard to believe it will get better but, that's what people keep telling me.  Well, bring it on.
Posted by Dan Brenton at 8:59 AM