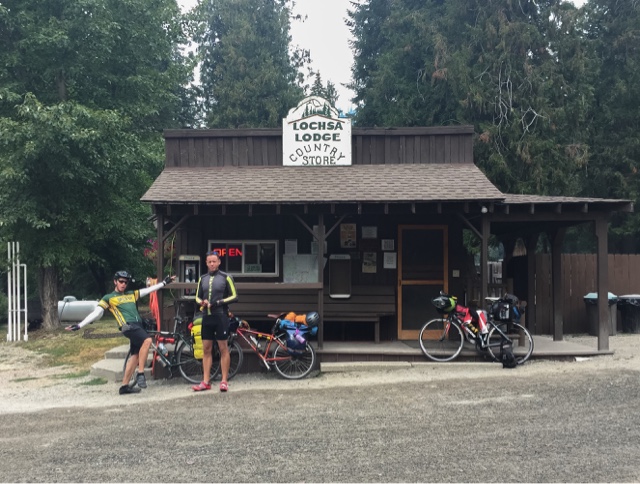 Coffee is back in my life in a wonderful way despite my extreme commitment to kicking caffeine before I left on this trip.  Caffeine actually does an incredible job giving relief to sore leg muscles.  Dammit, I may just be a lifer but, I think I'm okay with that.  There was a lodge at rhe campground so once the 3 of us got packed up, we went on the hunt for that good, hot, black stuff. 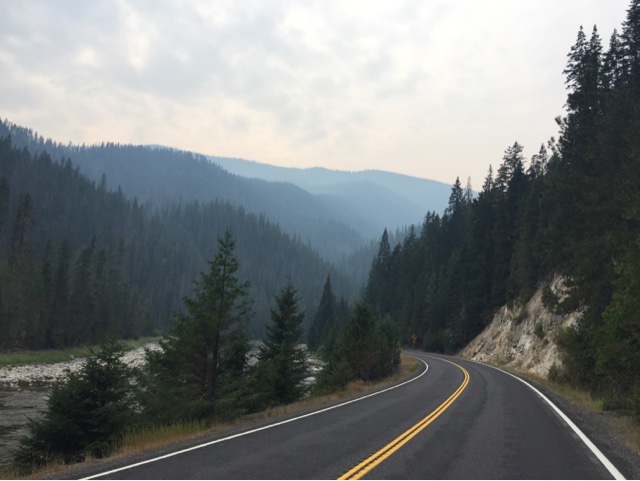 We found it no problem and also learned Dave and Marion were at the same campsite, we just didn't see them last night and they had already woke up and hit the road.  At one point on this trip I would have been an early riser and left with them without a cup of the good stuff but, I must be hanging out with the wrong crowd.  Inside the lodge, Wally was looking for butter to put in his coffee – that dood is Bill Nye and Rambo on 2 wheels – something about the fat getting caffeine to the brain quicker than normal, I don't know but I trust him. 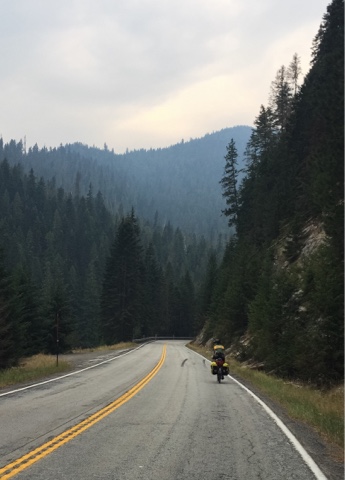 With no butter around we all got wired up as best we could and hit the road with Matt assuring us that we won't need to pedal today.  His statement was slightly hyperbolic but, no completely off the mark.  We rode along for 70 miles on the gentlest downhill ride of all our lives.  Yes, we all pedaled but, we rolled along with incredible ease at 17 mph for about 4 hours; I couldn't have dreamed a more perfect ride. 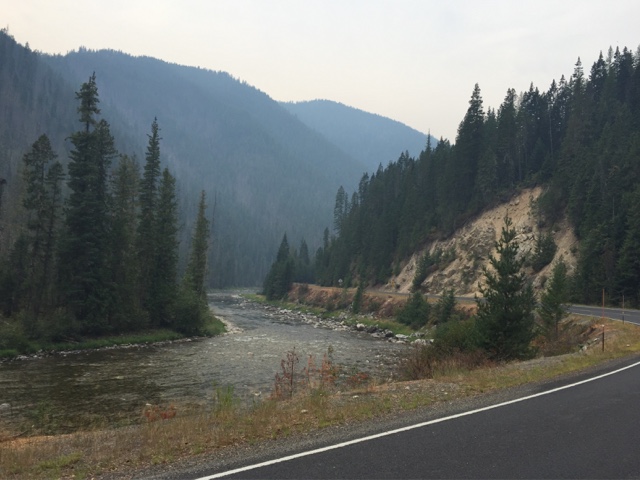 We followed along the Lochsa River the entire way, a neverending chain of 'S' curves revealing wide, beautiful views of the water with layers of mountains above masked in hazy blue-green atmosphere from a distant forest fire that filled the air with aroma. 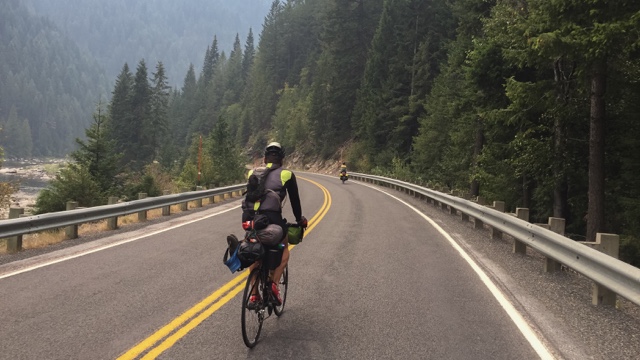 Not once did this pattern of curves seem redundant; I nearly convinced myself I had died earlier on and this blissful ride was some sort of manifestation of heaven, like this was my tunnel of white light leading to the next plane, this series of neverending, always changing visions of natural wonder flying into my eyes like a universe being sucked into black holes.  But, at some point, the pattern broke and the 3 of us found Dave and Marion outside of the first restaurant we had seen in 100 miles. 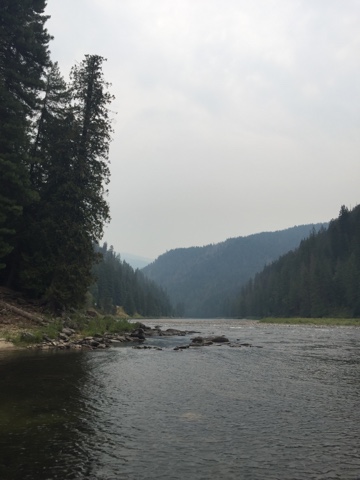 The 5 of us continued down the magic road another couple of miles to the campground which was right on the lovely Lochsa River.  Assured I was still on Earth, alive and well, I struggled to get on with the daily rituals that don't involve having a bike between my legs.
Posted by Dan Brenton at 8:41 PM