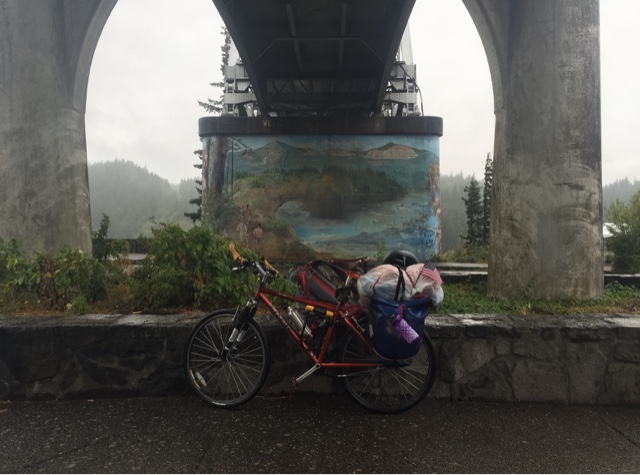 This ride aint over til I jump into the Pacific Ocean but, nearing the end, it's hard not to talk about what this trip has done to us as people when you sit down with someone who has racked up as many miles as you.  I've had some great conversations with Colin, this was my 3rd day riding with him and last night, just as we were about to sleep in Cindy and Mac's backyard Colin brought up how special it is to have shared childhood experiences; like when you're on the playground and you just play with whoever's around because you're both trying to have fun. 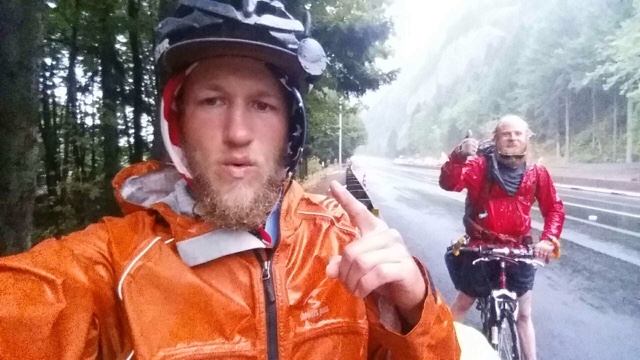 We came to the conclusion that this bike trip is the exact same situation; encountering other cyclists on the road, heading in the same direction, you just start riding together, there's no real question or consideration about it.  That's how it's been with every cyclist I've met, we're all just out here to have fun.  That being said, sometimes kids play in the rain and mud for fun.  Colin and I knew it was going to rain today but, we knew a little water couldn't stop us from the major milestone of Portland. 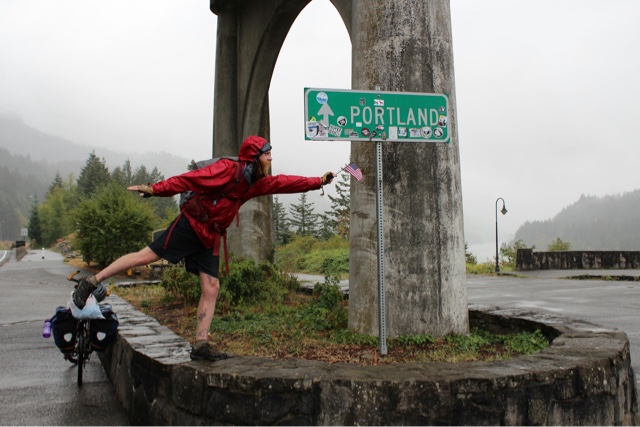 So last night we psyched each other up saying how epic today would be.  We were not wrong.  The day started on the interstate, riding next to the fog covered Columbia and then it took us to quieter bike paths that wove through vegetation so green you could practically see it growing, underneath and around I-84 on graceful switchbacks, through shallow puddles that mirrored an inverted world.  Our halfway point was Multnomah Falls where we stopped to snack and suck down some coffee while the rain continued to fall on us and all the other folks that thought looking at waterfalls in the pouring rain was a good idea. 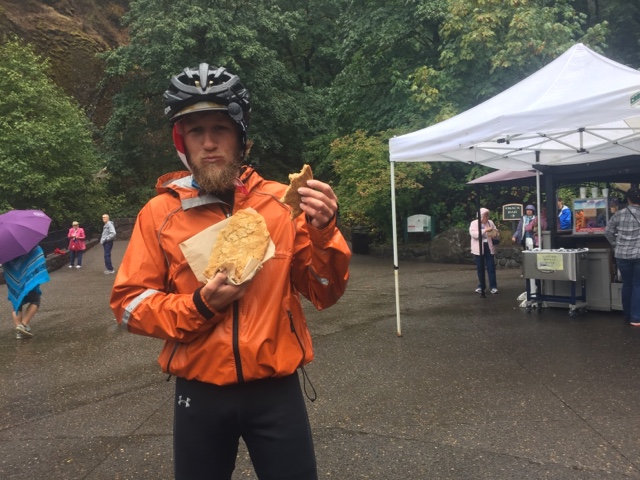 Continuing down the road, we felt like we were in the rainforest.  The road started to snake its way up the hills and we were riding against the current of the water that slid across the pavement.  Despite the caffeine, we were tired and delirious from pedaling so hard for the first 40 miles.  We started screaming, some obscenities, mostly just loud noises, we had both lost it, every yelp accompanied by a tremendous laugh.  We pedaled further up, the rainforest opened to would-be great views but, it looked like we rode our bikes straight into a cloud, all the sky and ground below was behind a white curtain of mist. 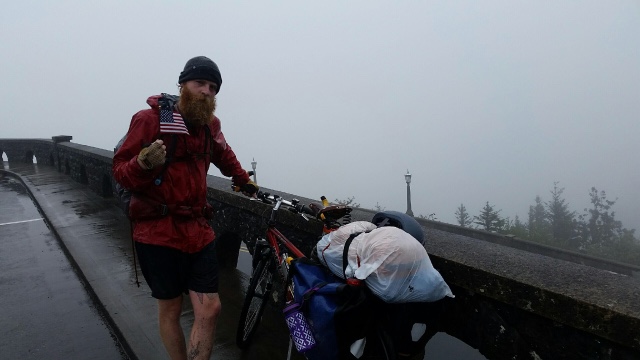 And then Colin got a flat, just as we were about to bomb down back to Earth from the clouds.  By the time the tube was patched we were both freezing; being soaking wet all day is only okay if you keep moving.  I estimated I had an extra 8 pounds of water soaked into my clothes and shoes.  I don't have a fender on my front tire so I had a steady stream of water blasting me in the face the whole day.  I hid behind my sunglasses like I was Roy Orbison, giving everything a soft, blurry appearance like an impressionist painting.  I'm thankful for Colin leading the way, I couldn't have made it from Hood River to Portland on my own. 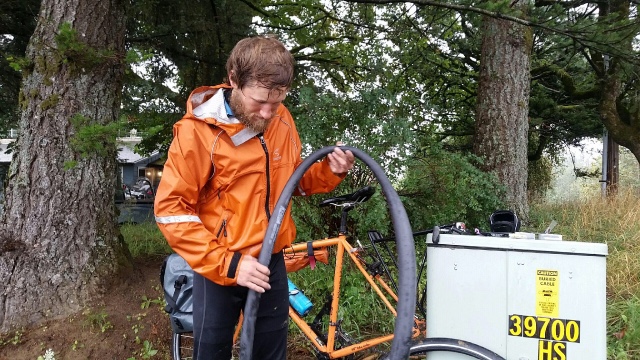 Finally getting into the city we got excited and started screaming again, cursing at broken glass and red lights and laughing our way downtown.  Colin and I parted ways on 7th ave, he had friends to crash with and so did I.  We continued in different directions to finish the most epic ride of the trip, only 100 more miles to the coast.
Posted by Dan Brenton at 10:37 AM