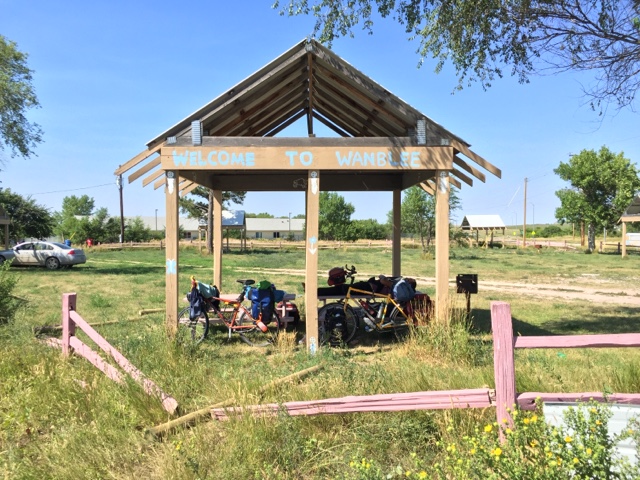 It makes me real damn happy to be in the Mountain Time Zone.  It's like I get an extra hour of sleep tonight.  But mostly, it's another big milestone telling me I'm that much closer to seeing the Pacific Ocean.  My friends on the West coast are only an hour behind me instead of 3 and for some reason that's very comforting to me.  It was hot as Hell yesterday in White River.  Luckily the park had a nice pavilion so I stayed out of the sun but still got to enjoy the fierce breeze that seemed to be coming from all directions on top of the hill where that little town is located. 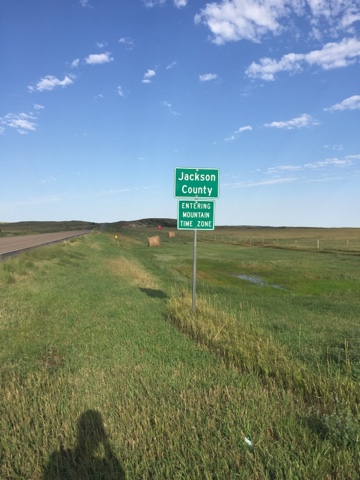 While I was sitting in the shade the afternoon slowly became evening and at that point something I've yet to experience on this trip happened: another touring cyclist showed up.  Poor bastard, he did exactly exactly what I intentionally avoided yesterday which was riding 50 miles through the hottest and windiest day in weeks.  Derek went right for the spigot and soak his head under the water, I know that feeling. 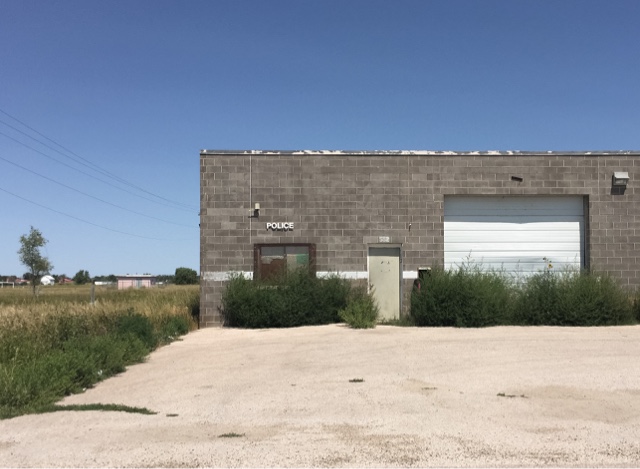 This dude is great he's been on the road for about 3 years now.  His trip is not as linear as mine, he does not have a point A and a point B.  Originally from British Columbia, he's ridden his big yellow bike, appropriately named, Blue through nearly every state in the U.S. and even down into Mexico.  Derek ultimately wants to end up in Argentina but he's got a lot more places he wants to ride to before he gets there. 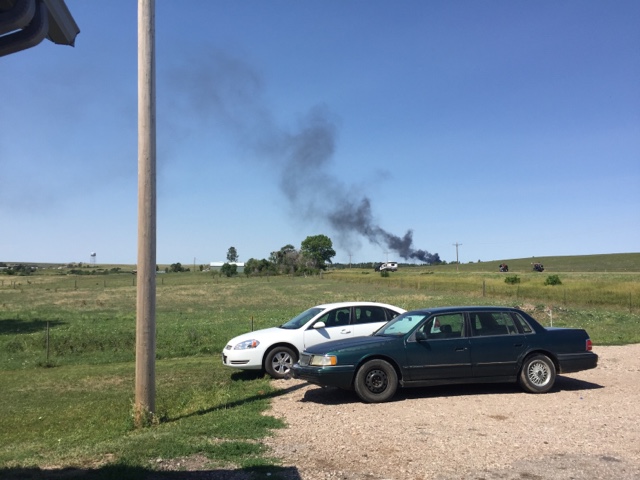 So maybe Argentina will be point Q by then or maybe he'll need to start inventing new letters to the alphabet.  So today we rode together from White River to Wanblee, the next closest town which was 50 miles away.  I'm glad he was on board with waking up at 4:30 to get on the road by 6.  After his ride through the heat yesterday, I didn't really have to twist his arm.  The ride was gorgeous, lots of hills but we got to them early enough so we weren't dripping with sweat on the climbs. 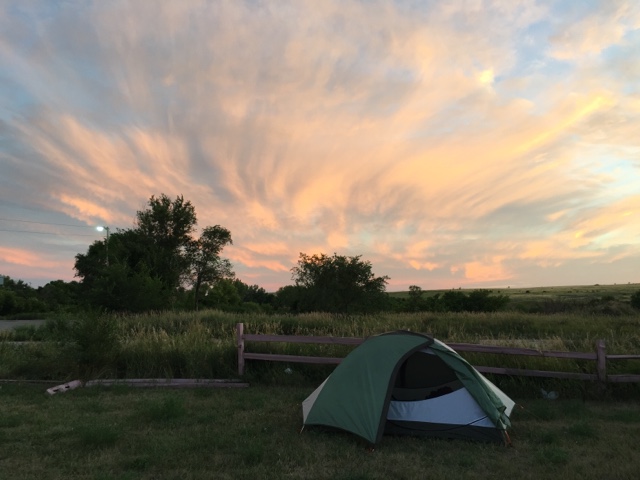 Hills are a beautiful thing after hundreds of miles of flat corn fields where it feels like you're on a stationary bike because the scenery never changes. Hills, on the other hand, offer great surprises once you get to the crest and are given a brand new view of the landscape.  There are some interesting rock formations out here, I wish I could go out in the fields and touch them but they're just so far away from the main road that snakes through all this beauty.  There's also more trees out here than I've seen since Ohio, not that that's saying too much.  I really enjoy riding with another biker.  Derek and I both went at our own pace but we never got so far apart that we didn't meet back up when we took breaks.  It's nice talking to someone that's just been living on his bike for a few years now.  Just more evidence that a non-traditional lifestyle is completely possible if you're smart with your money, live simply, and are inspired enough to keep going and going.
Posted by Dan Brenton at 11:32 AM