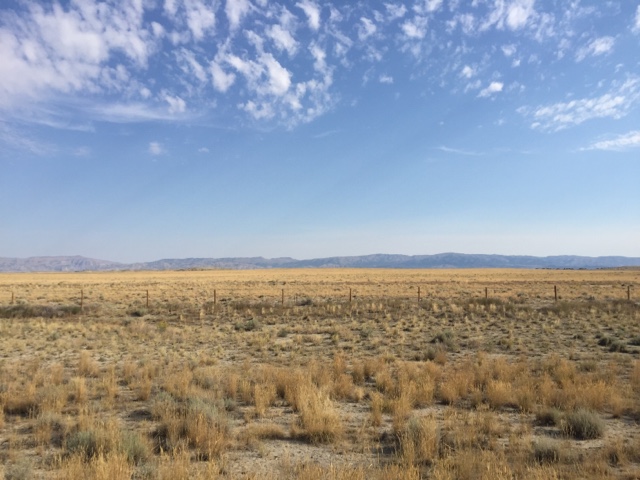 There's something that happens occasionally on a bike ride that I can only describe as a 'magic roll'.  With little effort on flat ground, I sometimes find myself moving at 20 mph or more.   I even experience this magic roll going uphill when it doesn't make much sense to be accelerating while climbing but, it happens.  It's like something in the road has some sort of magnetic relationship with my bike that just carries me along.  I averaged 20 mph from Hiland to Shoshoni, the next town 40 miles away. 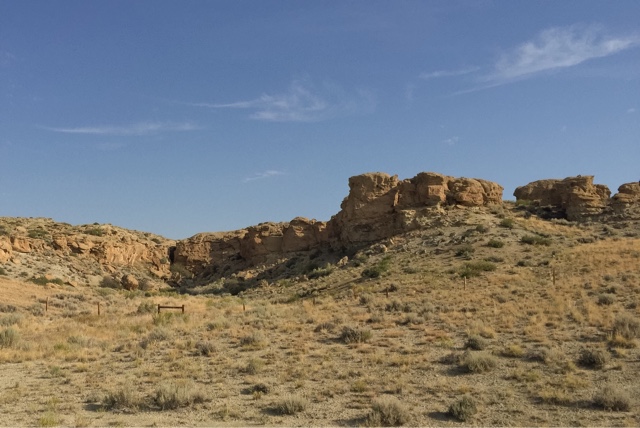 Cruising down a big hill is great and all but, my favorite riding scenario is just cruising at a high speed on flat ground.  I guess this magic roll can be reduced to the term 'tailwind' but, magic is just science that works, said someone older and wiser than myself.  It's just over 20 miles from Shoshoni to Riverton if I stayed on Rt. 26 but, I saw on the map a rails to trails path which looked about the same distance.  Assuming this trail that snakes out away from the main road would be more scenic, I took it.  I was right about that part.  It was very beautiful out in the middle of nowhere.  The part I was wrong about was thinking this trail was meant for bicycles. 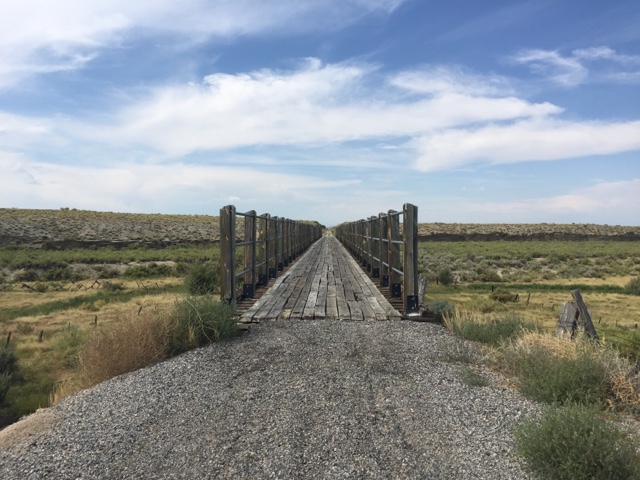 It was not.  There were some smoother, flatter segments but, for the most part large rocks and bumps made up the 20 mile trail.  Some parts I was going about 12 mph and others I had to get off my bike and walk for about 10 minutes.  Every now and then I'd come across a low, short bridge that would span the distance of a shallow ravine.  One in particular had some wide gaps between the boards, big enough to get a bike tire stuck in.  And that's what happened.  And what happened next was I lost control and baled over the side into the ravine and Ginger came tumbling after. 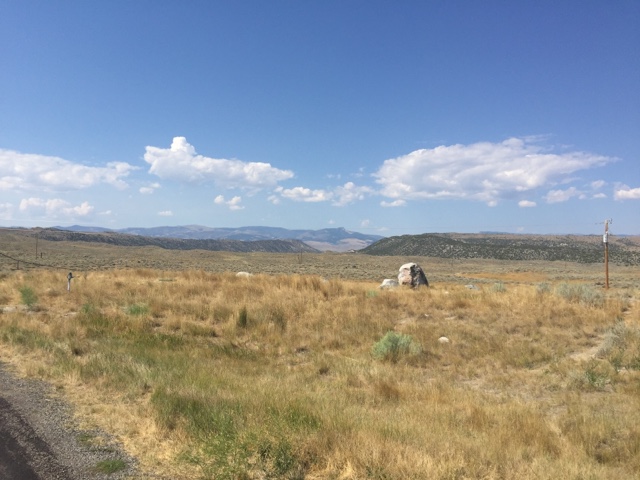 Man, it could've been so much worse than it was.  I'm fine from the fall but, my bike landed with a thud on one of the panniers which bent the rack a little and knocked the lockring loose on my cassette.  I managed to make it into town and over to the local bike shop where the owner, Clay, fixed her back up.  I couldn't thank the guy enough, I don't know if I could've gone on much farther after that fall.  But Clay also told me how gunked up and dirty my chain and drivetrain was and how my brakes needed adjusting and pretty much how I needed to take better care of my bike on the road.  And he's right. 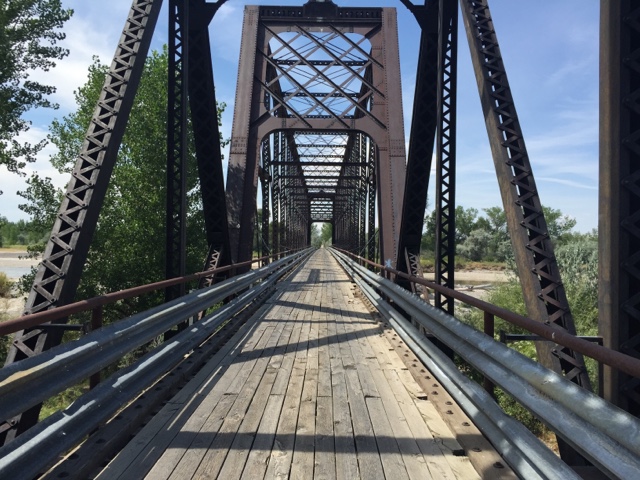 I guess I've been so concerned with other things like getting supplies and which town I'm riding to next and where I'm going to sleep that I never made much time to give my bike the attention she needs.  I was happy and sad after leaving the bike shop.  Happy that everything worked out after riding through that Hellish 'bike' trail and falling off a bridge.  Sad that I know so little about caring for this machine that has carried me almost 3,000 miles so far.  But after settling into a motel (because I did not have the energy to find some place to stealth camp) the sadness became a sort of inspiration; a wake up call telling myself if I really want to continue touring, I need to learn more about caring for my bike.
Posted by Dan Brenton at 12:06 PM