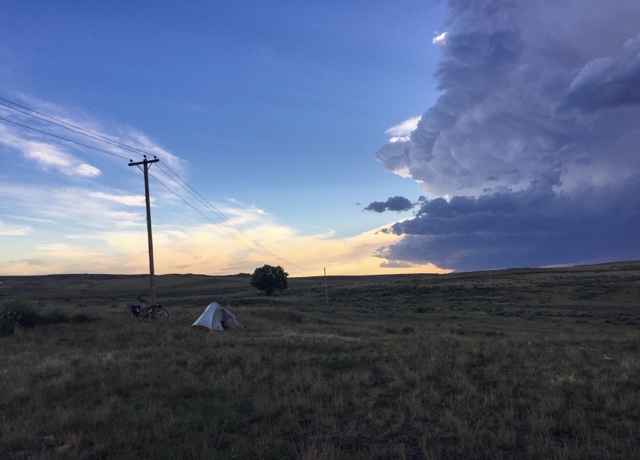 Spirits are high at the end of the day.  I'm not sure where this burst of energy came from because I felt like death getting into town today.  The craziest storm I've ever been caught in rolled over me last night and almost took my tent with it.  70 miles separates Newcastle and Wright, an area called Thunder Basic National Grassland. 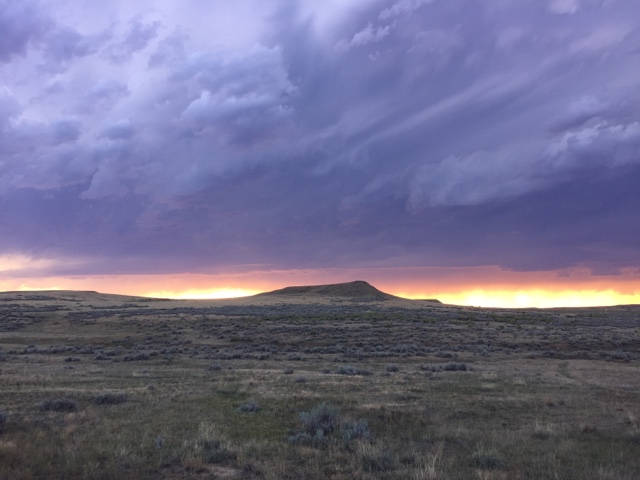 I wanted to shave some miles off today's ride so I rode about 12 miles out into the middle of nowhere before I saw the ominous clouds, pitches my tent and took cover.  Mother Nature didn't waste any time getting right into it and from 8 to 9 I was holding my tent up from the inside, pushing back against the most powerful gusts of wind I've ever felt.  Sticking your head out the car window on the highway doesn't even compare. 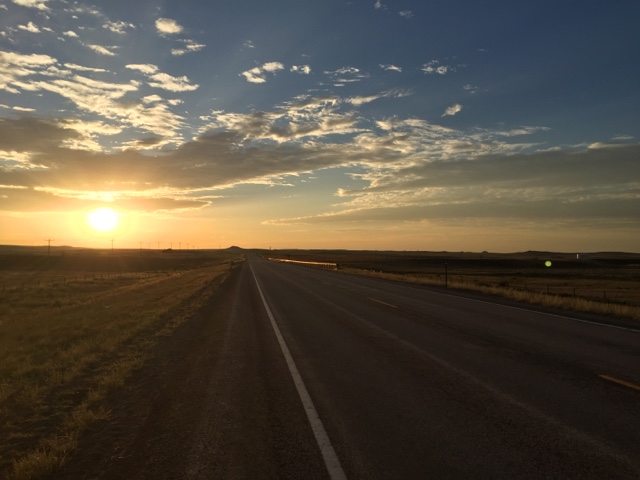 Then came the rain, hard and fast like water balloons pelting my tent.  And for the finale: hail.  Luckily, this portion of the performance was a bit of a dud.  I guess storms like this are the downside of big, open plains.  But I saw the brightside at 1 in the morning when I came out of my tent to take a leak.  A sky full of stars, and a couple of them fell in the short time I was staring upwards.  4:00am came way too spon and I was thrown right into another morning of breaking down camp, eating a banana and hitting the road.  And what a road.  Winds pushed me around all morning and into the afternoon, they came from all directiona except from behind, what I desperately needed.  Mother Nature took no pity on me today. 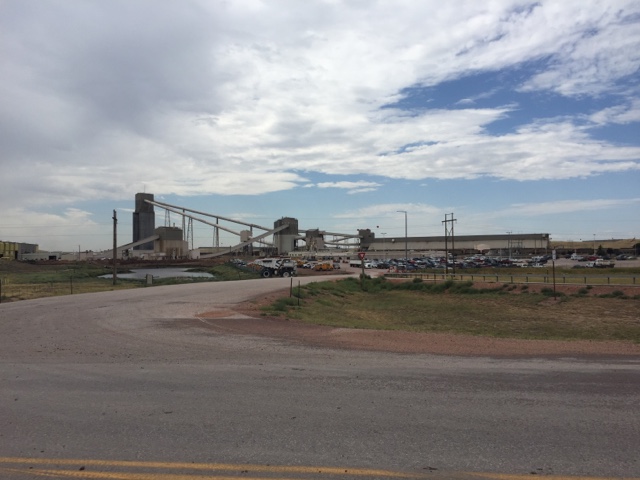 The smell of death was all too present.  Dead rabbits everywhere; I couldn't tell if they were hit by cars or drowned by last night's storm.  The occasional dead deer washed up in the shoulder, definitely dead for some time, they were mostly bones and a little fur.  Nothing was comforting.  The only live creature I saw was a rattlesnake.  But finally, after riding 65 miles through the wasteland, Wright appeared before me, on top of a hill no less.  But I'm alive and well with a place to pitch my tent tonight and a newfound appreciation for the power of Mother Nature.  I just hope she knows that so she doesn't try to prove her strength again.
Posted by Dan Brenton at 3:37 PM