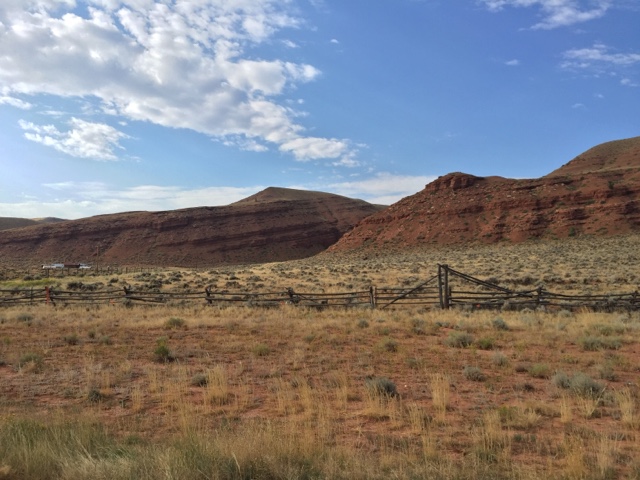 Crowheart to Dubois is only 30 miles.  It was a windy 30 miles but I kept telling myself, 'don't rush, take your time.'  When the wind is pushing against you, pushing back only makes the wind push harder; there is a happy medium, it's not very fast but, it doesn't kill you. 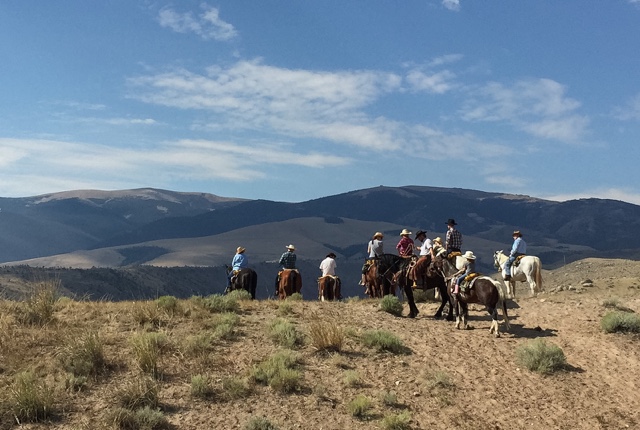 After picking up my new bike chain that mom mailed to me from the post office and after I got some donuts, I left Dubois for the second leg of my ride today.  Tomorrow I'll be in Grand Teton National Park and to get there I have to ride about 65 miles through Shoshone National Forest. 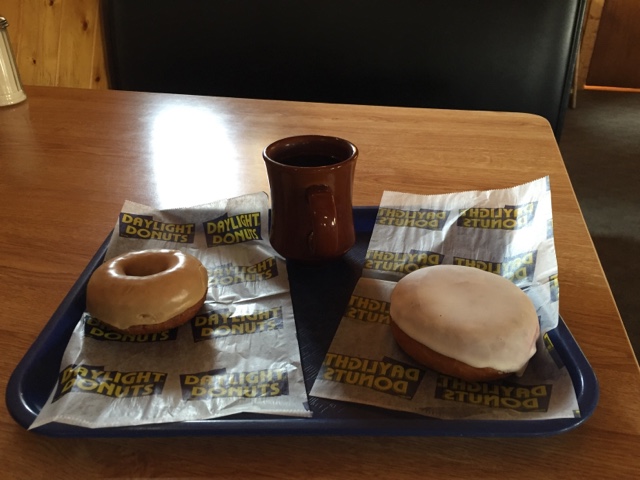 I saw on the map a lodge/general store 20 miles past Dubois, perfect for filling up water then finding a place to camp.  The forest is gorgeous.  Wyoming is finally changing for the better from barren grasslands to breathtaking mountains with dense forests and lakes and rivers running through it all.  At the Lava Mountain Lodge I parked myself out front to charge my devices when a couple more bikers, fully loaded, came rolling in. 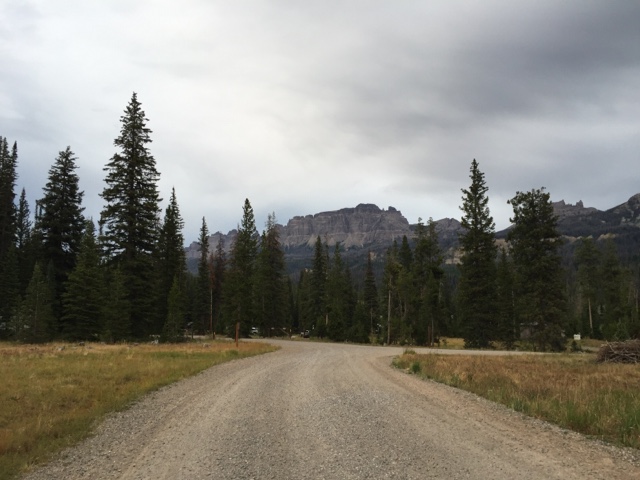 Not 10 minutes later, another couple of bikers came in from the other direction.  Nick and Gavin, probably mid to late 20's, just like me, are doing the Great Divide trail, riding from South to North.  The other couple who's names I did not get were going North to South with their 1 year old in a trailer on the back.  They must've been from France considering they were speaking French with a little bit of English to say Hello anyways. 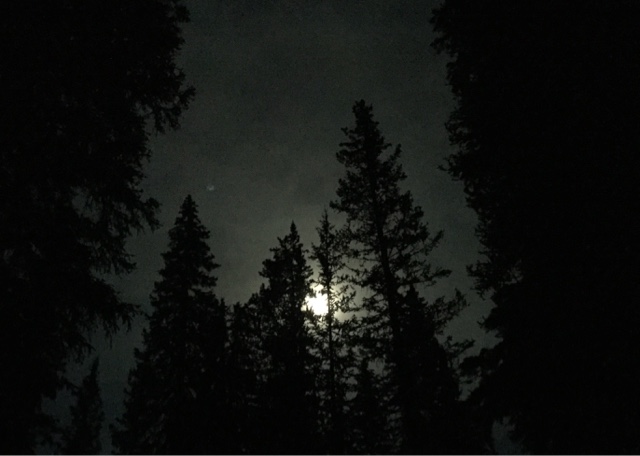 Nick and Gavin took off, heading in the direction I'd soon be following; the French family got a cabin for the night and I was by myself again.  Another 10 minutes goes by and sure enough, 2 more bikers are coming from the North part of the Great Divide trail heading South.  This couple is from Alaska.  They just sold all their stuff, bought a place in Arizona, and took off on their bikes.  They just wanted to try something new, they told me. I can understand that.  They got a room at the lodge too, maybe they'll ride with the Frenchies tomorrow, that's always fun.  I didn't linger much longer after that.  The campground I had in mind was 3 miles away so I trudged further into the forest.  This place is beautiful, nature is beautiful. I'll just have to leave it at that 'til tomorrow.
Posted by Dan Brenton at 1:43 PM