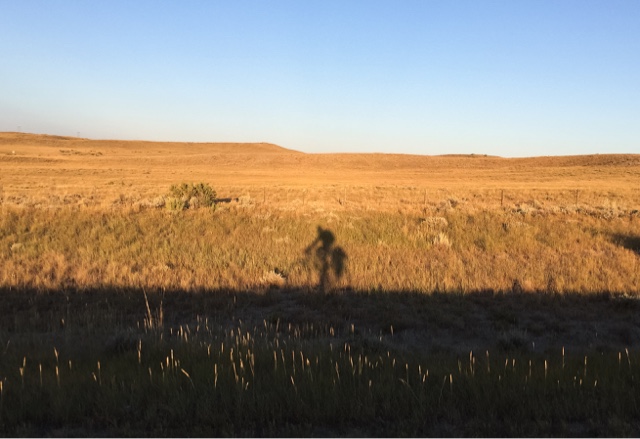 I wasn't planning on riding to Casper but, it is one of the bigger cities in Wyoming and I needed some stuff for my bike, a new tire and a few tubes to get me the rest of the way to the West Coast.  If you can consider my time in Chicago as the halfway mark on this trip then the 2nd half has been dramatically different than the first – not in a bad way, maybe even for the better.  I have a place to stay tonight through Warm Showers only because Casper is a bit of a city and it was easier to find someone than it would've been to find a place to camp. 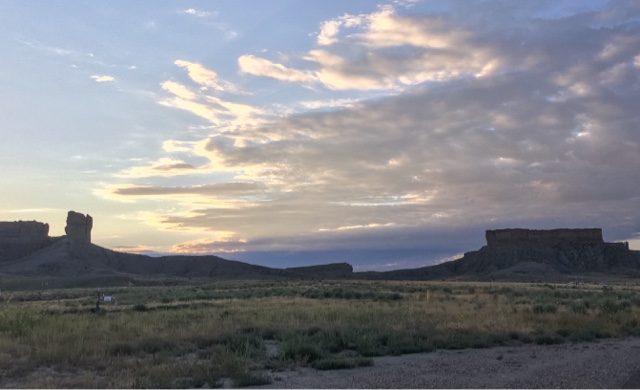 But the last time I stayed with someone was on my last day in Iowa.  I stayed in a couple motels in South Dakota but, looking back on it, thise rooms were a completw waste of money.  There's no need to spend cash on a place to lay your head for the night and is it the end of the world if I don't get to shower or do laundry for a week or two?  I guess meeting and ridin with Derek made me realize how self-sufficient a person living on the road can be. 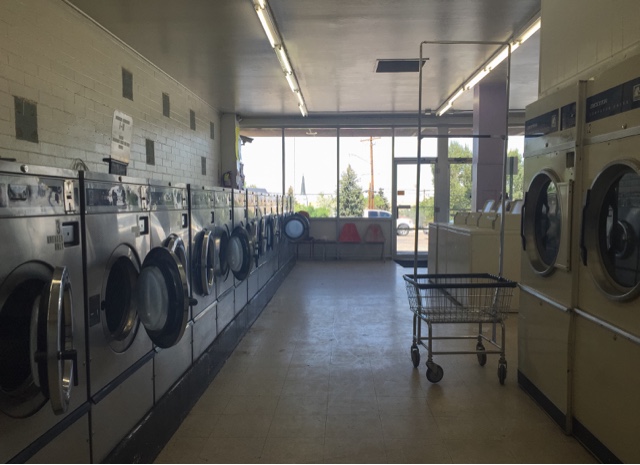 And spending a night in a hotel just takes you away from the excitement and unpredictability of the road, numbing you with a steady drip of TV IV to make you forget how boring it is inside a makeshift "home away from home".  On my way into Wal-mart today I saw 2 people bogged down with massive hiking backpacks and a little dog.  It's almost impossible to contain the excitement of seeing someone else who's living on the road.  Bret and Julie and their little dog, Pluto have been hopping trains and hitchhiking together for the last year or so.  They looked weathered and dirty and they probably stunk worse than me but, seeing the joy on their faces made them seem like dust-covered angels.  Bret was really interested in what it's like traveling on a bike.  "You can really get anywhere ya want on that thing, can't ya?"  Something like that is what he asked me.  He said they sometimes wait for days for a ride some place.  Julie said they play a lot of card games to pass the time.  Pluto didn't say anything but he didn't seem to mind being led around by the vagabonds holding his leash.  They were both from the East, like me.  Bret from Jersey and Julie from Pennsylvania.  There the 3 of us stood, thousands of miles from home becoming points of interest on each other's journey.
Posted by Dan Brenton at 4:45 PM