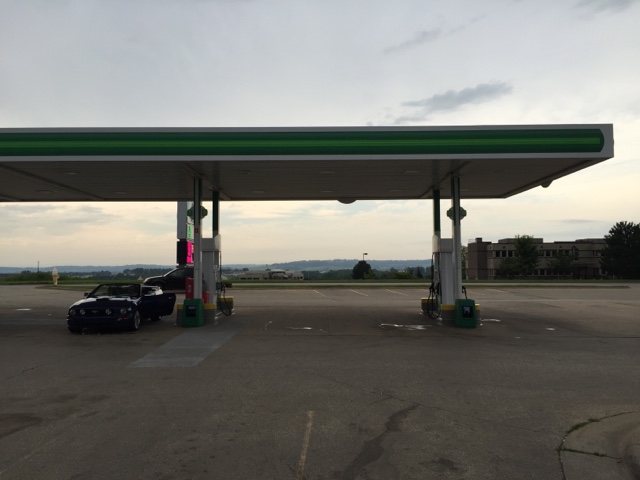 Anticipating more heat, humidity and possible thunderstorms, I left as early as I could.  I stopped at the first gas station I saw for some snacks and saw I had I missed call from my friend, Vinny.  It's hard to pass up a conversation with this dude so I called him back.  He was waking up next to a river in Humboldt County, California, the place where they grow lots of green medicine. 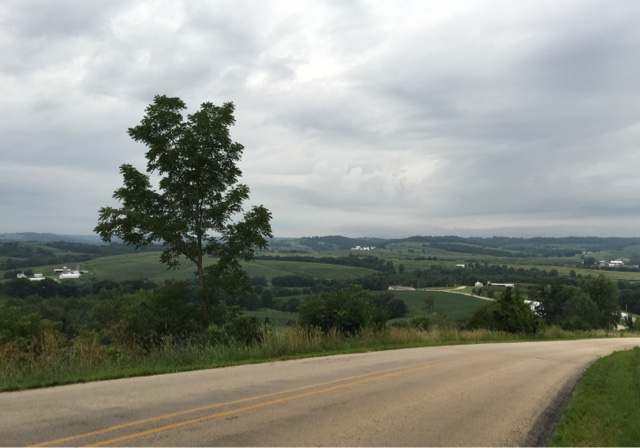 He just left one farm and was headed to another.  Damn hippies, am I right?  They know how to have all the fun and make a living from it too.  From the gas station I rode up and down some serious hills where I caught some beautiful views of Iowa.  I hear this state doesn't have much to offer (please correct me if I'm wrong) but I'm drinking in the bucolic beauty like it's ice water. 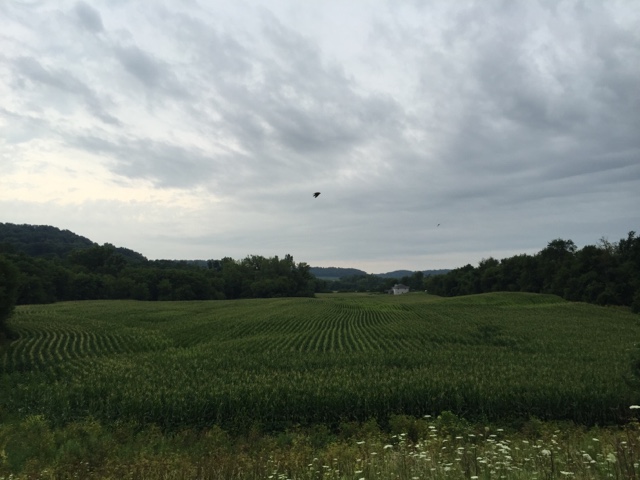 Maybe the key to enjoying this scenery is just being on a bike.  Maybe that's why RAGBRAI is so popular.  At the bottom of the biggest hill I rode down, my next turn took me on 15 miles of shaded, packed gravel.  I was excited to throw the headphones on for this portion of the ride.  Pink Floyd and nothing else. 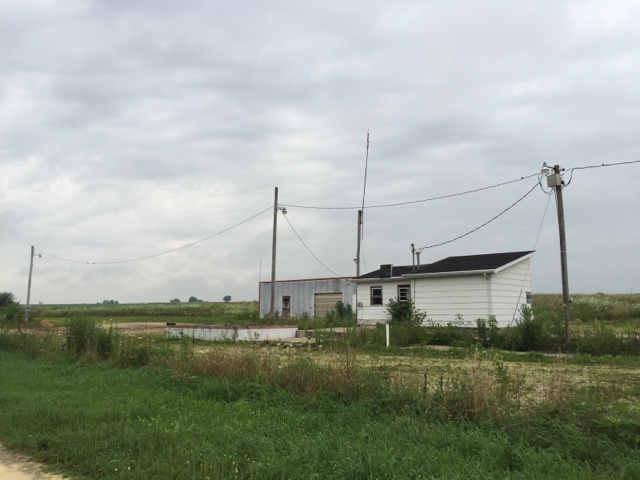 The path wove through tunnels of green, occasionally opening up to vistas showing grazing cattle among ancient oak trees and trickling rivers. 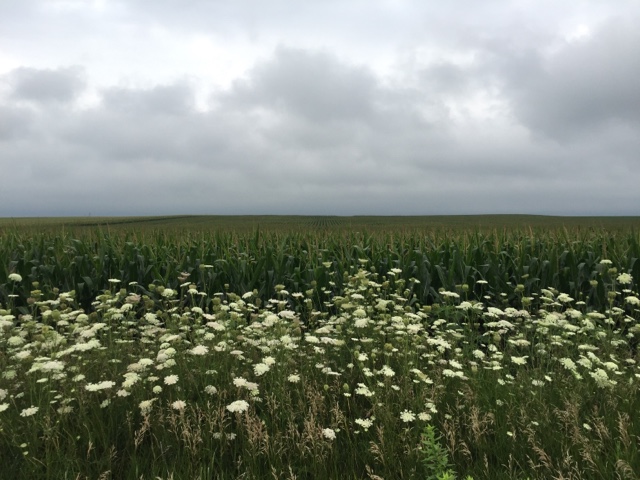 At times, power lines bisected the trail, winding into the hills and cornfields, giving no hint of who's home they were powering.  Shooting out of the path back onto the main road, the hills found me again. 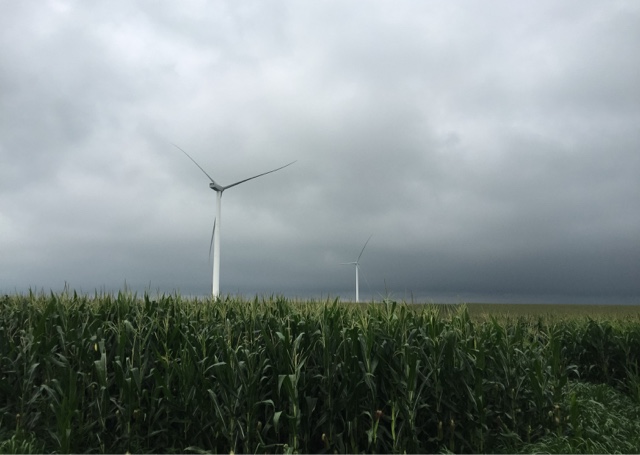 Not nearly as demanding, I felt like a speedboat riding the currents up and down as I parted the sea of green.  On the crests of the waves, I could see no end to this ocean, only occasional patches of trees and farms veiled in silver-blue layers of humidity and atmosphere like they were painted into the scenery by a true artist.
Posted by Dan Brenton at 3:39 PM