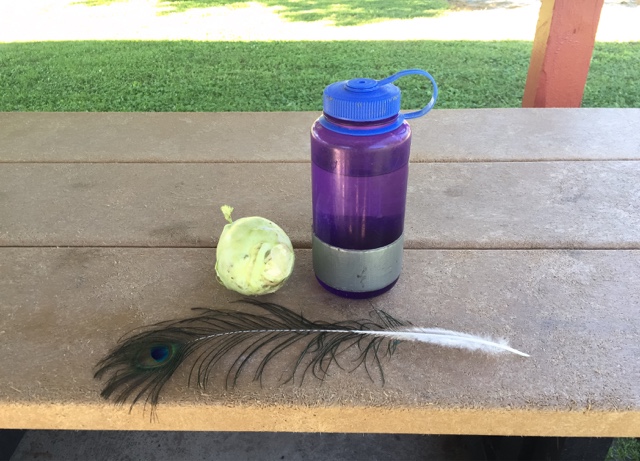 Thank God for Jeff McIntyre.  If I knew exactly what I was doing, I probably wouldn't be using Google Maps to navigate from point A to Point B.  But I don't, so I am.  So far it's been a good way to plan my routes, I've made it this far anyway.  However, aside from directing me to take a bike path that mysteriously ended at the edge of a field overgrown with weeds, I also had the pleasure of riding on 15 miles of gravel roads. 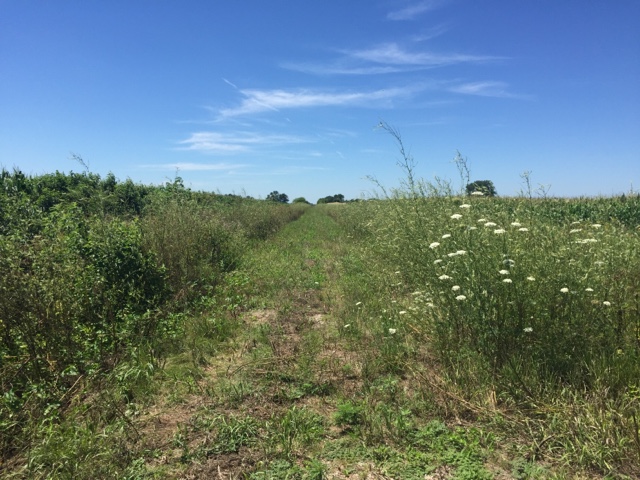 I've been on gravel roads and bike paths before but, these were just too funny.  I had to do my best to ride within the tire track from the last car that drove down these roads to get the smoothest surface.  Even the smoothest part of the road was like riding on rumble strips.  I had about 10 miles left on my ride before a couple quick turns to the campground and of course it was 10 miles of gravel in the hot afternoon sun.  It had been hours since I last saw a town.  I was getting to the end of my water and I didn't know what else to do besides knock on the door of the next house I saw. 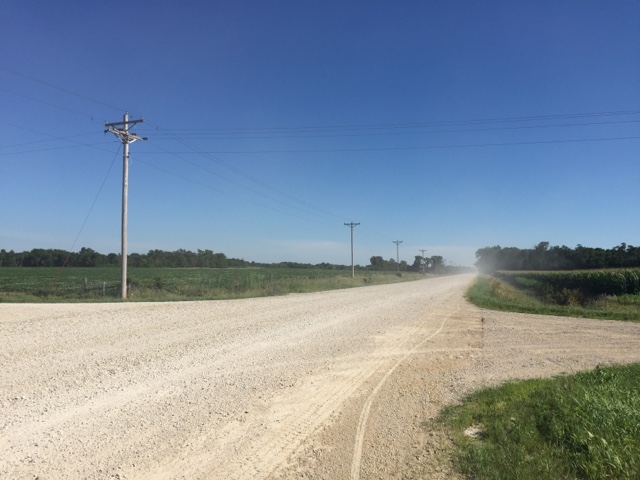 So I did.  Rolling into the driveway, I scared a dozen ducks, sent a couple peacocks running, startled a massive turkey and made a few chickens attempt to fly away.  There were birds everywhere.  Knocking on the front door summoned a thin, older man with no shirt and jeans cut off at a mid-thigh length.  This is Jeff McIntyre.  He quickly showed me to the spigot that pumped fresh, cold water out of the ground.  I chugged a liter as fast as I could and then filled up my bottle again.  Jeff asked if I wanted a beer, I said of course.  He lead me around the corner of his house to some sort of garage/man-cave, parting the sea of chickens, ducks, and peacocks.  As far as I knew, Jeff might've been leading me to his murder shack to chop me up and feed me to the birds but, the AC was on and all I cared about was getting out of the heat and getting a beer in my hand.  Lucky for me, I got a beer instead of getting killed.  In Jeff's.... I'll call it a clubhouse, was a pool table, foosball table, and air hockey table with at least a dozen TVs, probably even more speakers ranging in size from bookshelf to full-size floor speakers, a naked white mannequin and all sorts of posters on the wall.  He walked over to one of the TVs and said, "Do you wanna see my cat?"  He was standing over a blackened, almost mummified cat corpse.  He said he found it in his barn when we was cleaning.  The skeleton seemed to be completey in tact and the flesh, I guess you would call it, hardened to a nice shell.  He told me all his speakers are connected to his computer where he has over 80,000 songs and every TV set will play visuals to go along with the music.  Jeff told me he could make it so loud the walls and ceiling shake.  I didn't get a demonstration though, maybe next time.  I just stayed for one beer but, before I left he asked if I liked kohlrabi.  I had no idea what that was.  He went into his garden and pulled out a thick, green bulb, pulled off all the leaves and handed it to me, just peel it and put salt on it he said.  Before I rode away he said I should take a peacock feather too.  With full water bottles, kohlrabi, and a feather, I was ready to ride slowly over the gravel to the campground.  There might be a few morals to this completely true story despite my lack of photo-evidence: talk to strangers if you need help, kohlrabi is delicious with salt, and always take a peacock feather if it's offered.  Oh, and riding a bike on gravel sucks.
Posted by Dan Brenton at 5:04 AM