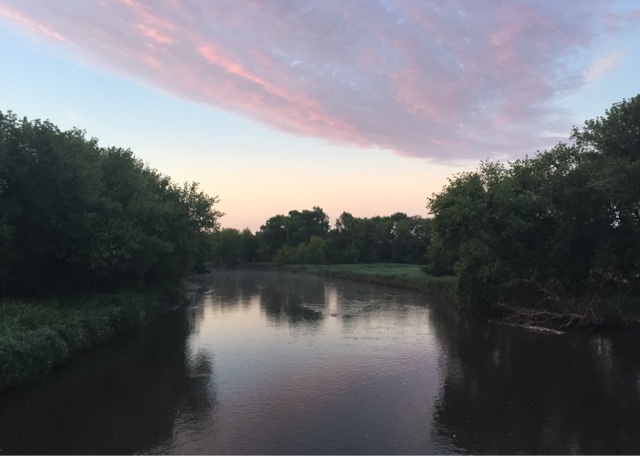 It never bothers me one bit when I don't have a place to sleep lined up before I get to the town I'm aiming for.  Something will always work out whether I resort to stealth camping in a field or spending some cash to get a motel room.  There is one pinned location in Sioux Center, Iowa which belongs to Nate and Kirbee.  Nate already said him and his wife were going out for the night and wouldn't be able to host me.  When I got to Sioux Center I was surprised to see Nate working at the bike shop. 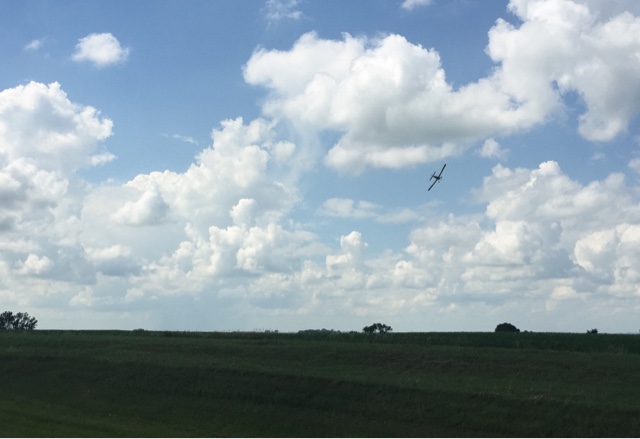 He sold me a seat and a couple other parts I needed for my bike.  Although I couldn't stay at Nate and Kirbee's tonight, he found me a place to stay by asking some of his customers if they would host a traveling cyclist for the night.  Sioux Center just has that small town sense of community where housing a strange, smelly traveler for the night isn't such a strange thing.  I stayed with a great guy named, Iver, his wife, Emily and their daughter, Jovi.  Not only did they put a roof over my head, they also cooked me a lovely meal and they had all sorts of questions about my trip.  I know I've mentioned over and over the overwhelming generosity I've received from people I barely know but, I could just feel it all through this town.  When while I was looking for Iver's house, I got lost and came across this very friendly guy named David sitting on his front steps husking corn, drinking a PBR and hanging out with his 2 boys in the yard.  He gave me some helpful instructions but we ended up talking for a while after that.  We talked about his time hiking the Appalachian Trail when he was my age, my bike trip, and the beauty of living in a real small town.  The way we live back East is not the same as the folks from the Midwest and I wish I knew why.  There's probably a million factors that affect the way people see and interact with the world.  I feel very fortunate see these differences firsthand.
Posted by Dan Brenton at 5:04 AM