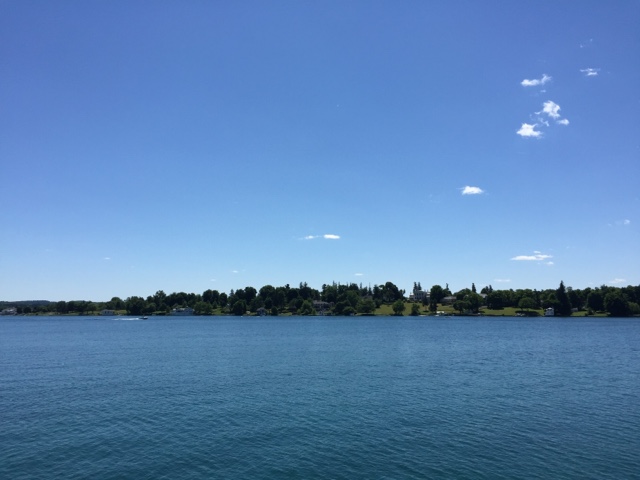 I only rode about 36 miles today but endured some of the longest hills I've ever seen.  Going down one of them, I didn't even pedal and I hit 42 mph.  I felt like I was on a rollercoaster, speeding to the bottom to slingshot back up again.  I could feel my cheeks rippling in the wind like something out of a cartoon.  The best part was riding into town on 20 West.  Once in Skaneateles, the road was covered in shade by the big trees and it's all downhill right into the center where you can see beautiful Lake Skaneateles. 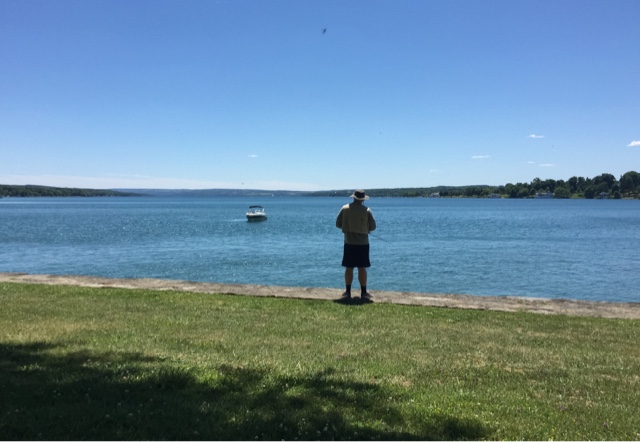 I stopped in one of the parks to eat and drink and cool off and admire the aqua blue lake embedded within the green hills I had rode over to get here.  I got in touch with Hattie, my host for the night, and she met me at the park.  There was a cluster of people waiting to board this boat that does tours around the lake.  Little did I know, this was Hattie's boat.  When she appeared out of the crowd and introduced herself, she asked if I wanted to go for a ride.  How do you say no to that?  We weren't out on the water for too long– maybe an hour.  It was gorgeous, to say the least. 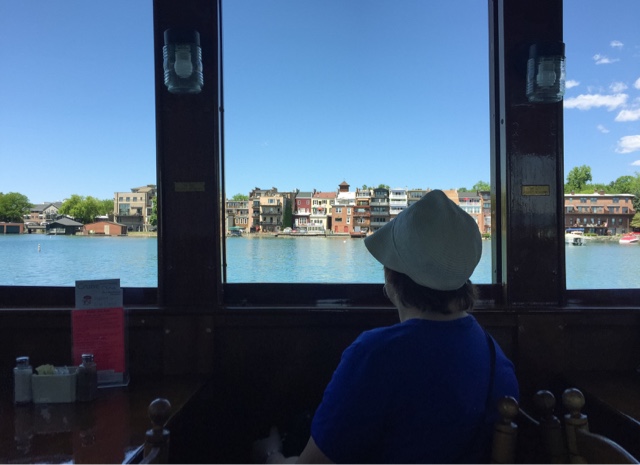 A hot June day with hardly a cloud in the sky on one of the 3 cleanest lakes in the country.  Upon docking at the park again, I said goodbye to Hattie.  She is the owner and the captain of the ship and would be giving tours for the rest of the day.  So I went to go meet her boyfriend, Pete, back at their house.  Pete has been retired for a couple years now.  Since then, him and Hattie rode their bikes from New York to Florida; the trip on which they spent nights crashing with strangers they met on Warm Showers, just like me.  The hot afternoon melted away while we talked about biking and adventures and retirement and had a few beers while doing so. 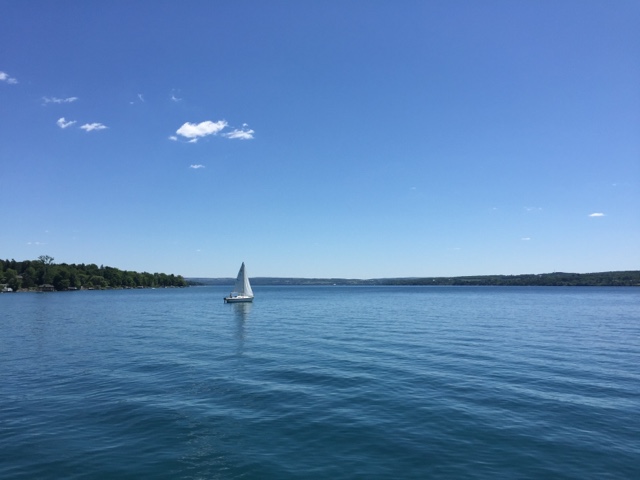 As the sun went down, we sat out on the porch, smoked a joint and talked more about biking while we waited for Hattie to get off of work.  Pete took his bike across country back in the 70's. He also told me about when he was 18 and didn't have a car so he would ride his bike all year, even through the snow in the winter.  It was such a nice night, the porch was dark and we were both absorbed in the magic of bicycling while the smoke danced around our heads.  I felt like I was talking to someone my own age, not some 60 something year old retired guy.  How do some people grow old, never seeming to lose their youthful view of the world?  Hattie is the exact same way.  Being with the two of these amazing people, there was a feeling of timelessness–it's hard to explain.  But I guess what I've taken from them is to have fun and share the love.
Posted by Dan Brenton at 5:05 PM