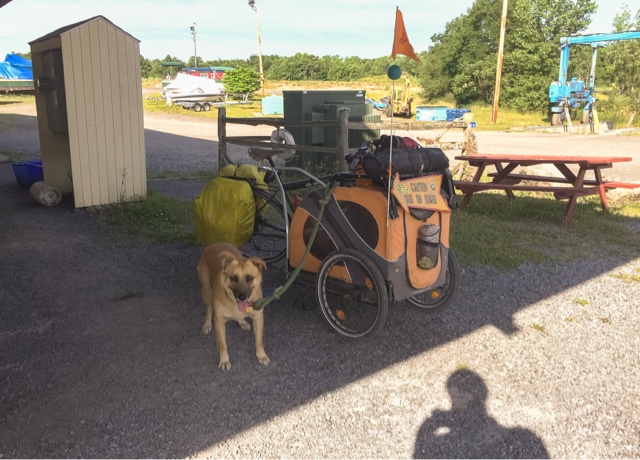 This morning I met Colton at the marina.  I came out of the main building to see another 2 bikes parked next to mine– one with one of those small,enclosed trailers you would put a child in.  However, this one had a sign that read, 'caution, dog on board' and sure enough, there was a friendly dog leashed to this bike, just hangin' in the shade.  Colton, although I didn't get to talk to him very long, left from Monterey, CA with his dog and his girlfriend headed for Maine and potentially down to Florida from there to find work.  He wasn't too sure what his long term plans are and I told him I'm in the same boat.  I told him I'm headed to Oregon and from there, hopefully down to San Diego and then who knows?  It was nice talking to someone as clueless about the future as myself but, I think for both of us, just being on our bikes is as much of a plan as we need.  In our conversation, Colton realized he misplaced his map and ran off to find it.  We wished each other the best, I gave his dog another pat on the head and left for Scottsville.  My cousin, Mike, and his wife, Jess, live here.  They have a baby on the way and I'm just so excited for them.  They live in a quiet neighborhood where there are very few people under the age of 60 and not a single backyard on their street is separated by a fence so the neighborhood cats roam freely like the lions they think they are. 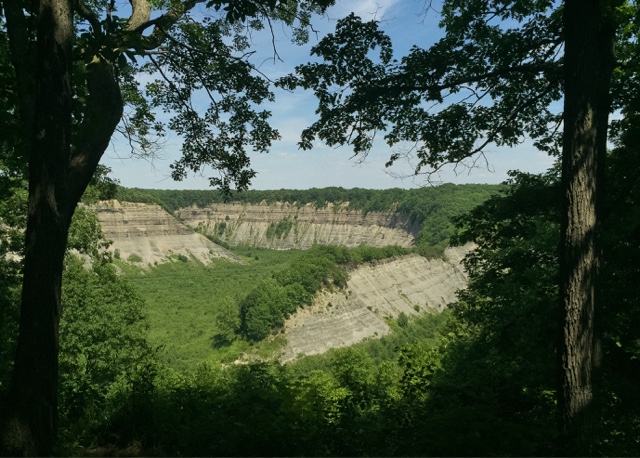 Mike took me to Letchworth State Park in the early afternoon.  A long, paved road cuts right through this protected 17 mile strip of forest where different trails and overlooks run alongside the deep gorge carved out by the Genesee River. 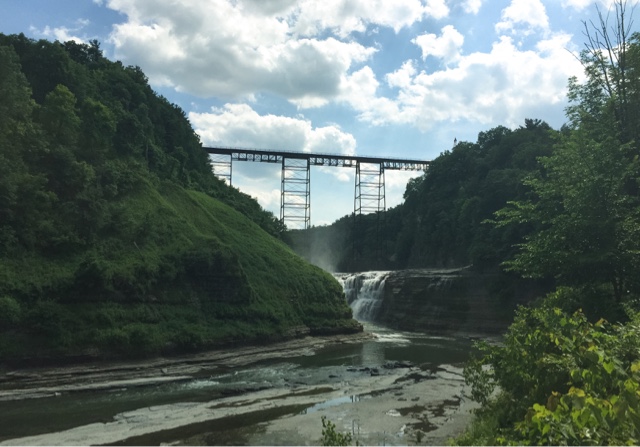 Looking down the sheer walls into the river we could see clusters of kayakers so far down they looked like skittles on the floor. 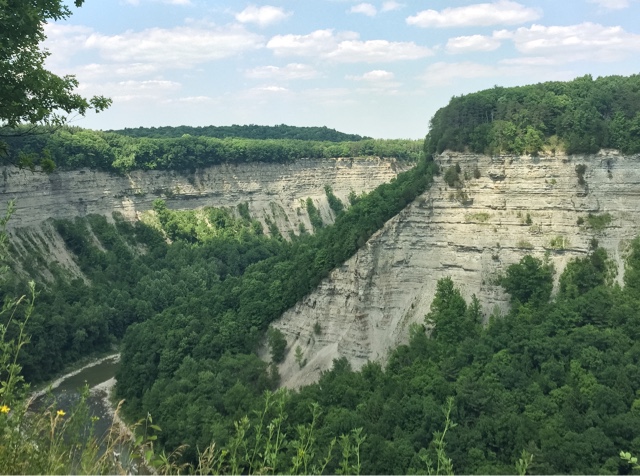 At any given time you could look out and see several turkey vultures floating and circling on the air like wild kites. 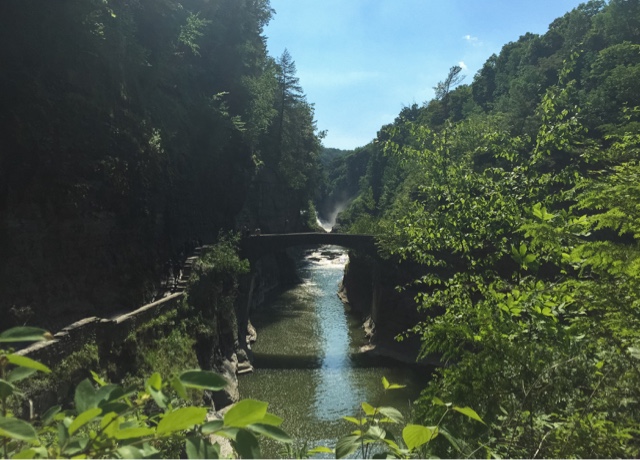 Further of the road we came across the waterfalls that filled the air with a never-ending white noise and a fine mist that would catch the sun and flare into rainbows more colorful than the kayakers. 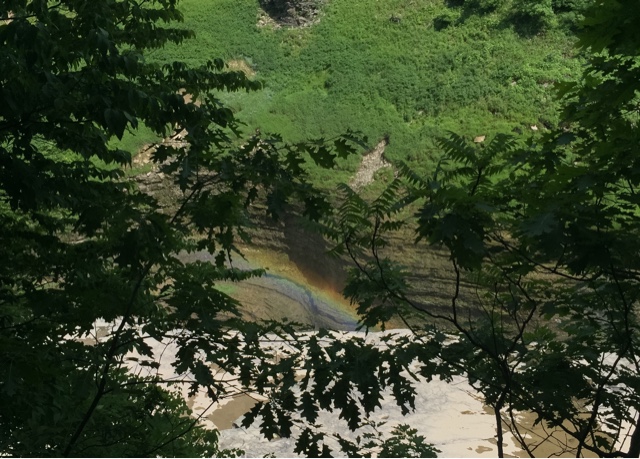 On the way back home we cruised through corn fields and farmlands much faster than I'm able to do on my bike.  Mike pointed out the unique features of the ride home, the little details that seem unimportant but would leave the area vacant and impersonal without them: the small cemetery sandwiched between 2 massive expanses of farmland, the barn that burned down last year, the field dotted with old oak trees where him and Jess took their engagement photos, and the foot bridge that crosses the creek where people of all ages jump off and swim on hot days like today. 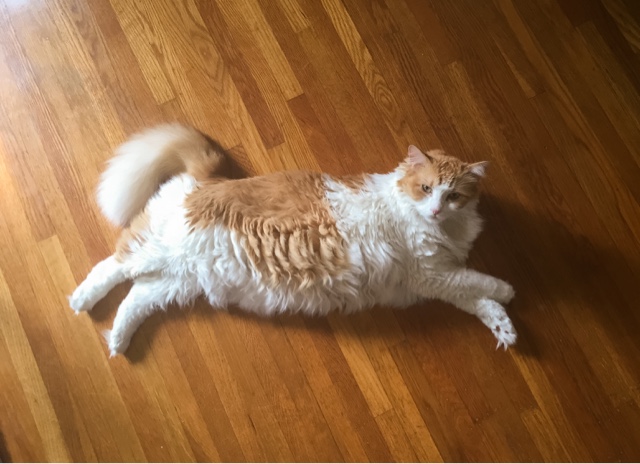 It's nice knowing I don't need to wake up and hit the road first thing in the morning.  If there's a better place to spend 2 nights instead of 1, I haven't come across it yet.
Posted by Dan Brenton at 8:11 AM