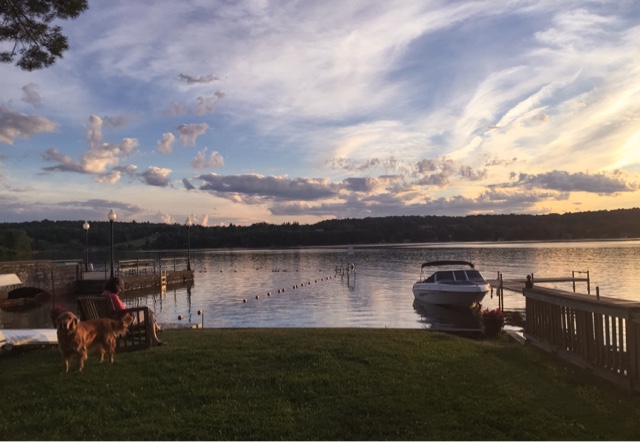 It's funny how a lake can be the reason for flourishing community.  Much like Amherst, Cazenovia New York is quite rural and spread out while also having a lovely center filled with mom and pop shops and cafes slinging local coffee and dishes made with local ingredients and live music that becomes part of the song of everyday life in this town.  I'm staying with John, his girlfriend, Mimi, and their one-eyed golden retriever, Teddy.  They've been living in this house for less than 3 years and John couldn't tell me one thing he doesn't like about this place.  Their home isn't right on the water but, they have their own walkway that goes down to their dock where the 4 of us watched the sunset tonight. 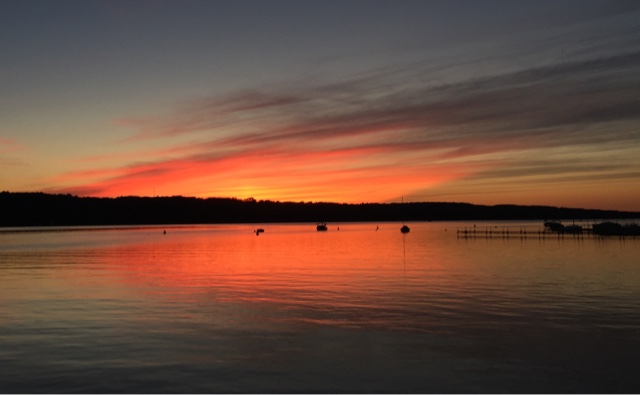 That big orange ball dipped behind the hills across the lake, the hills John and Mimi said I would be riding over tomorrow.  Neither of them keeping a straight face, I couldn't tell if they were implying the hills are massive and I'm in for a hell of a ride or if they want want me to think I'm screwed when it's actually going to be a flat ride.  I'll just have to wait and see.  John has been retired for 10 years now and I asked him if he ever feels like he has too much time on his hands to which he replied: "I have more toys than I know what to do with."  He's 75 years old and just bought a motorcycle before he had ever ridden one. 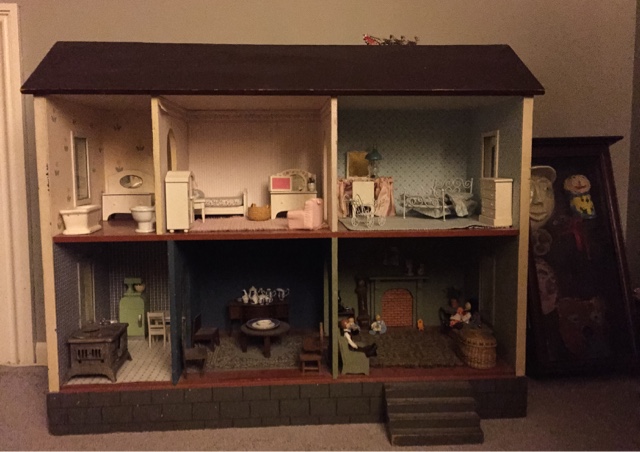 He also has 4 boats and a new, ultra-sleek RV and, of course, a fancy touring bicycle that he still rides everyday.  It was nice, one retired guy talking to another but, I wonder if John would be as happy without all his toys.  I guess that's just one way to retire: work 50 years and then spend al your money on toys and trips.  But then there's my way: work 10 years and then quit and pretend you're retired and see how long you can hang out before you need to work again.
Posted by Dan Brenton at 5:05 AM