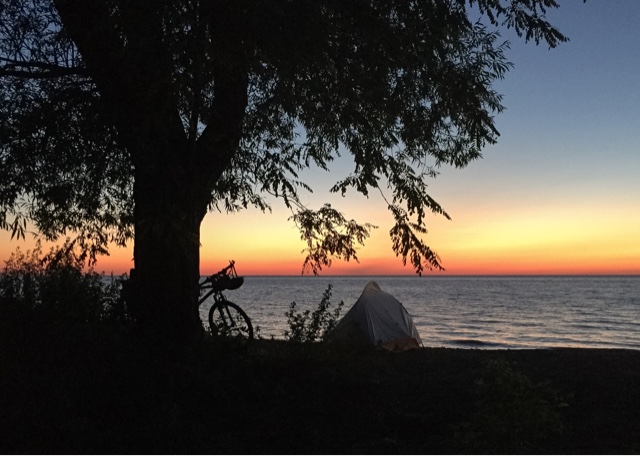 I'm not exactly sure what town I'm in but I'm at the Sheridan Bay Park.  Google Maps lists this place as a campground so I didn't even bother to look into it anymore than that.  I had a nice ride today out of the city and along Lake Erie. It's amazing to see a lake that you can't see to the other side.  I wanted to sleep at Sheridan Bay Park because it's right on the edge of the great lake.  When I came upon the sign for the place I had to laugh at how much it looked like a trailer park ghost town.  There was a fair amount of space but only a small handful of RVs filling it up.  Beyond the campers, I could see the lake through the trees just as I expected. 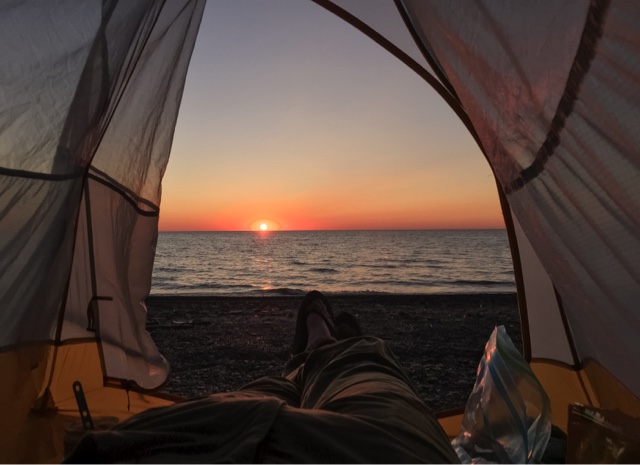 But when I looked around to see who was in charge there was no one.  After waiting for a few minutes to see if someone would appear out of no where, a truck came down the driveway. It wasn't the owner but, he told me I could just set up camp anywhere and if Rick, the owner, ever showed up I could pay him for a site.  I liked that idea so I headed for the beach to pitch my tent.  Past the trees and RVs a completely vacant beach awaited me.  Not a huge slice of sand but it was nicet bookended by crumbly rock walls and trees. 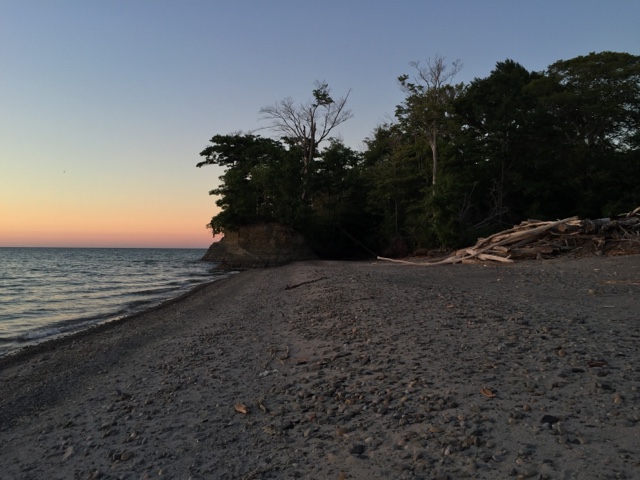 After walking up and down the beach and before I got completely settled, Rick made his way down the hill towards me.  Rick was friendly and apologetic for not being here when I showed up and told me he didn't even want to charge me for the night, just to make myself at home.  Within minutes my tent was set up, my sweaty clothes were laying out to dry, I was eating a peanut butter sandwich, and life was good.  I have a private beach on Lake Erie for the night. 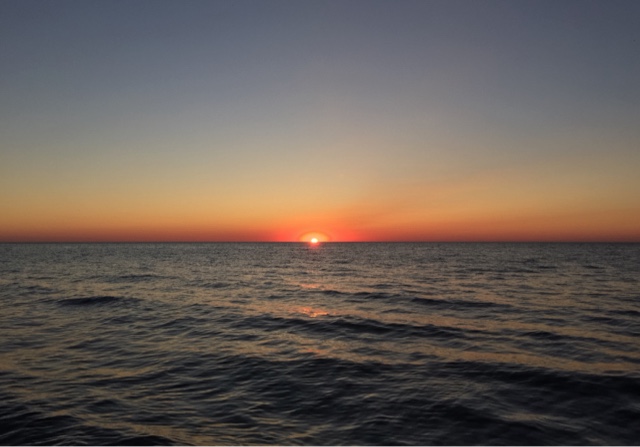 The sun was setting directly across from my tent so I watched the big orange ball slide beneath the water leaving a pink hue above the horizon.  The beach was also littered with an abundance on the best skipping stones I've ever seen.  I collected and heaved as many as I could at the setting sun, hoping by some miracle I could skip one of them to the other side of the lake.  Sometimes it can be lonely having a campground all to yourself but, something about this massive lake makes me feel like I'm in good company.
Posted by Dan Brenton at 10:27 AM