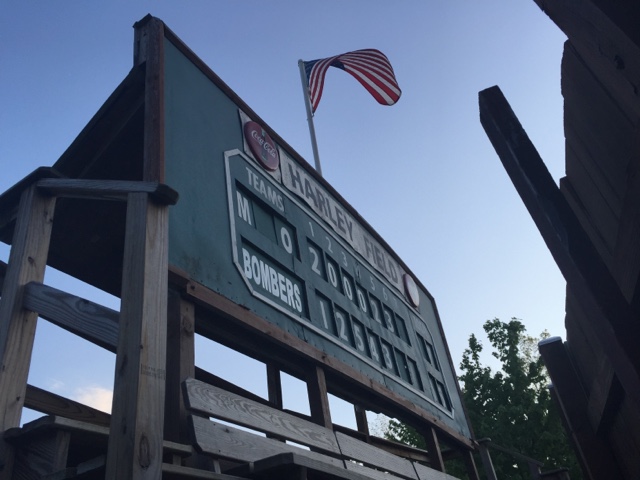 Waking up at 5:30am to breakdown camp and be on the road before someone notices you behind the fence of a baseball field is not an ideal situation but, it did the trick.  I was only 25 miles from Niagara Falls so I ended up getting there just before 9:00am.  I didn't know where to go or what else there was to do besides look at a lot of water and I was too hungry to do that.  So the first bench I saw I sat down and ate a couple peanut butter sandwiches since I didn't really get a chance to eat much as I was fleeing the scene earlier this morning. 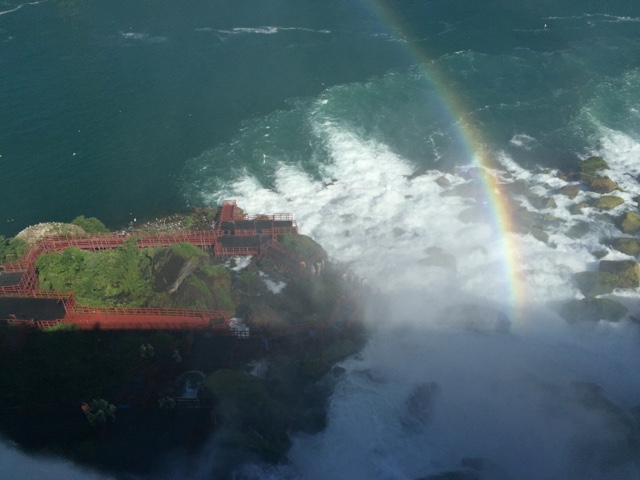 I eventually stumbled on the path that brough me to an overlook where I could see straight down where all the mist was coming right back up into my face.  The view was good but, I had many more hours to kill before I could head down to my host's house in Buffalo so I grabbed my bike and went to go find more impressive views. 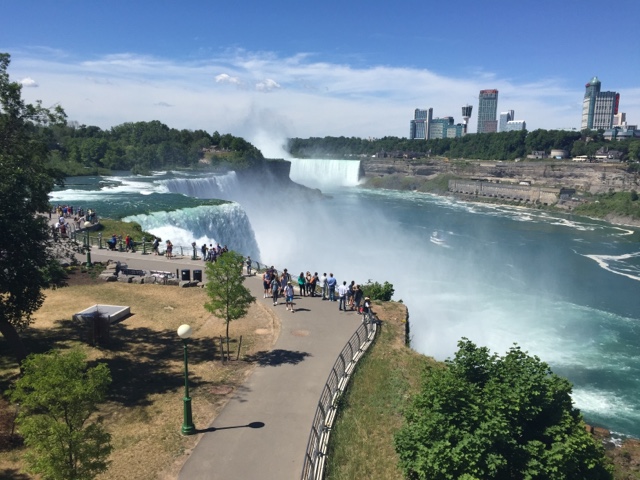 There's a boardwalk that follows the river up until it dumps over the falls and then veers right where you can see the scene open up: I could see where I had been standing plus the rest of the American side.  Off to the right was the observation deck and beyond that, Rainbow Bridge where cars come and go from Canada.  As far to the left as possible was the grand cul-de-sac of the Canadian falls where the Maid of the Mist boats would make their small circles carrying hoards of tourists swallowed in blue ponchos right into the mist. 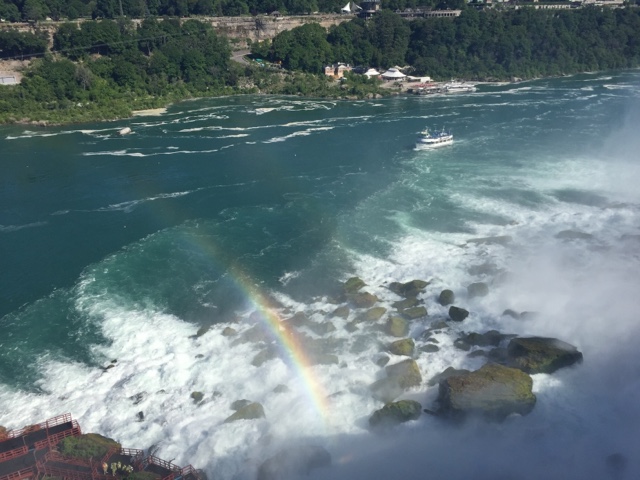 It was quite the view and I couldn't help but just sit and stare for a while.  I had never heard such a loud, continuous roar from a natural source, it practically drowned out all conversations from the swarming tourists and if I stared at the flowing water long enough all the people around me disappeared.  Although this view was great, I kept wondering what the falls look like from the very bottom so I bought a ticket for the Maid of the Mist and headed to the dock.  I put on my blue poncho while we waited to board the boat.  I got right up front on the bow and waited to embark. 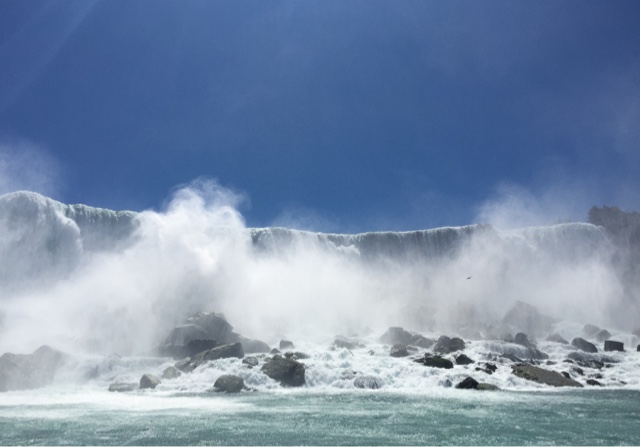 There was an automated voice playing over the intercom giving information about the falls but, it was very muffled and cycled through a few languages and it quickly disappeared behind the rushing sounds of the falls.  There were gasps and collective chatter as we passed the American Falls.  From the bottom, it was a big, moving, white wall that looked like it could evaporate into the high noon sun.  When the wind blew, the mist sprayed onto all the blue people on the boat and there were cheers, loud cheers from everyone.  Then it was on to the Canadian Falls, the big horseshoe of water pouring down, creating a massive plume of mist that rose hundreds of feet out over the tourists heads at the rim above. 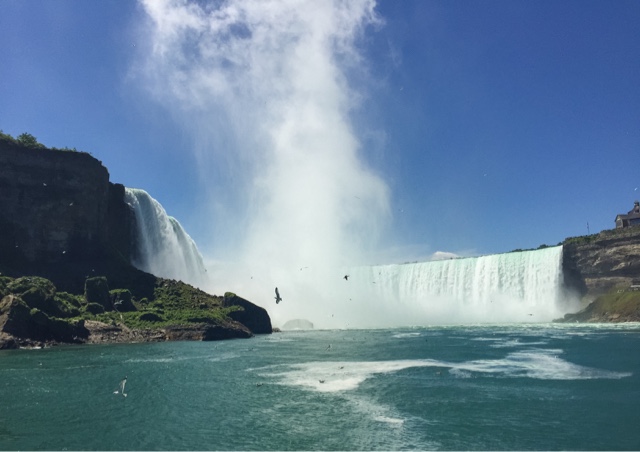 As we got closer and closer, it became clear that staring into the center of all this water, I could see nothing, just bright, white light.  It was like the light of heaven at the end of the tunnel.  Much like the overlooks high above, the immense noise drowned out the presence of all the other people around me and it became a very personal and religious experience between myself and nature and the omniscient high power that ties all of this together.  I felt energized and alive once our boat turned around and docked itself to get ready to bring another load of blue people to the edge of eternity and swiftly bring them back.  The closest experience I've had to this was visiting the redwoods in Northern California.  Being amongst those giants was like being inside a cathedral.  They leave you speechless but if you have to break that silence words only come out in a quiet whisper.  Intimate experiences with nature are special.  To feel small is a powerful thing because it's seeing the truth: we are very small no matter how much we try to impose our will on nature and try to tame her.  Humans can be wiped away by the tremendous forces that exist around us and nature will just go on, with or without us.  It's a miracle that we've been able to coexist for so long.  Once I came to and realized I didn't die and cross over into the great beyond, I got on my Bike and headed for Buffo to meet Nick and Maria.  Is there anything more uplifting than being invited a stranger's house where they're diligently making a beautiful vegan meal while listening to some of your favorite music and you meet their cats that are named after characters from Trailer Park Boys and their collection of books is all very similar to your collection at home?  Nick even has the same Van Gogh Sunflower print and the same random Van Gogh book that I do and then he randomly put on the Beatles' song that I'd been whistling all day at Niagara Falls.  Coincidences can be too much sometimes but, it's better not to overthink them and just accept the fact that you're right where you're suplosed to be.  Nick and Maria are truly wonderful people, in love with music and writing and food and the environment.  I somehow kee meeting these people I feel like I've met before.  I'll take my own advice and not think about it too much.
Posted by Dan Brenton at 2:01 PM