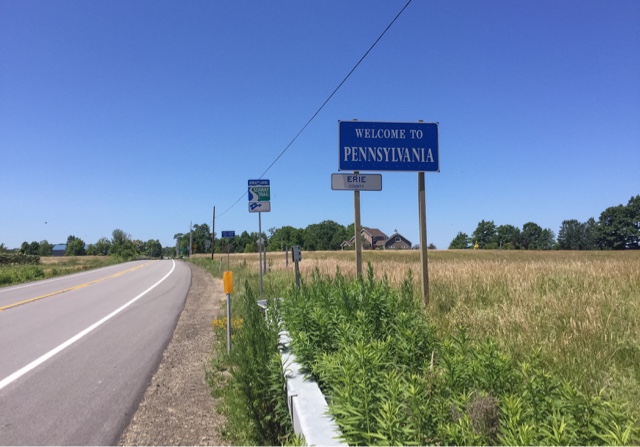 I was on the same road, Rt. 5 for over 50 miles today so I felt comfortable enough to drown out the sounds around me with a little music in my headphones.  The scenery didn't vary too much– lots of vineyards on either side of me, hills to the left and Lake Erie through the vines on ny right. 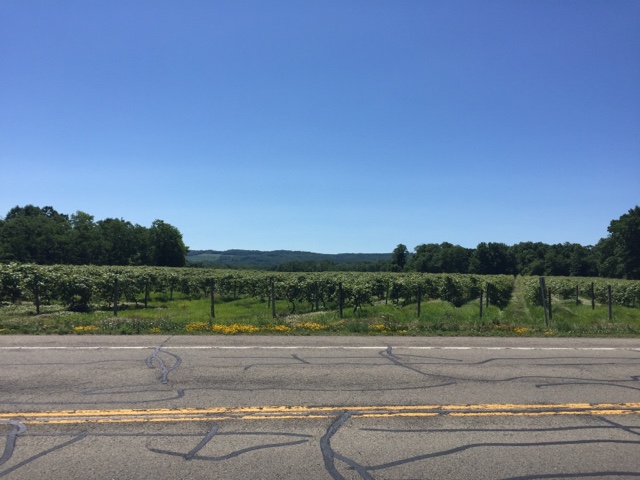 The music really put me in the zone, I felt like a machine on my bike, practically forgot I was the motor making the wheels turn.  Crossing into another state felt like another big milestone even though I know I'll only be here for the night.  Brian, my host took me on a wild bike ride late at night. 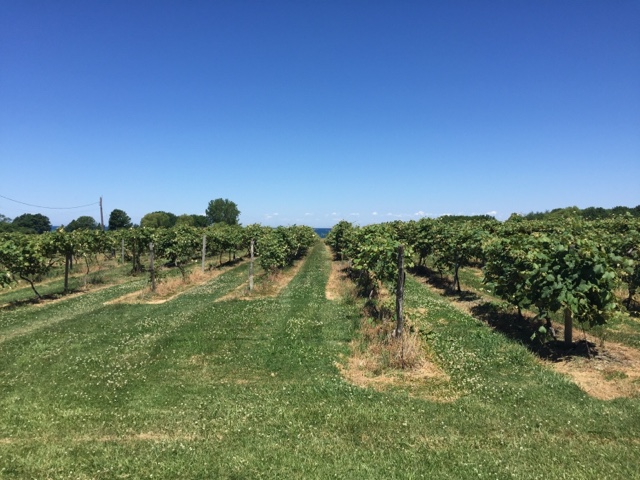 There's a state park that I can't remember the name but he referred to it as the peninsula.  We followed a long road that goes to the very end and loops back which we did on our bikes in the dark.  Only the fireflies and lights reflecting off the water lit the way– and, of course, our lights on our bikes.  He told me only cars can be on the road after a certain time so we were technically trespassing.  A car might've been the best way to go because I kept getting hit in the face with bugs as we cruised through the blackness.  Out of nowhere, headlights started getting closer and closer behind us until they were directly behind us in the shoulder of the road.  And then, the blue lights went on.  I never imagined being pulled over on a bike but, sure enough, there we were on the side of the road.  Luckily, he was a pretty laid back park ranger.  He told us bikes weren't allowed in the park this late and we nodded and apologized as if we didn't know.  We were so close to where the road starts to loop back that he said we should go ahead and finish our ride.  Of course we had to linger a bit longwr though.  We stopped at one of the 13 beaches on the side of the peninsula that's vacant of the bright lights.  We looked out at the calm water and marveled at how the horizon line was just a black void with a few stars high above and a couple lights from sailing ships below.  Where the water stopped and outerspace began was anyone's guess.
Posted by Dan Brenton at 10:43 AM